The new hospital complex is one of the largest in the world and will serve a nation that was desperate for more beds even before COVID-19.

Amid the barrage of bad news about COVID-19, there are bright spots.

One is in İkitelli, on the northwest side of Istanbul. It’s the brand new Başakşehir Çam & Sakura City Hospital, with 2,682 beds, all of which can be used for intensive care. Staff there rushed to open part of the gleaming new complex five months early, on April 20 of last year, to help Turkey cope with the global pandemic.

COVID-19 arrived in Turkey in March 2020. A prompt response by the government kept the virus in check relative to many other countries. Even after a surge in the year, Turkey had about 2,300 cases per 100,000 people in December, lower than in much of Europe.

The hospital in İkitelli has been in the works since long before the virus arrived. The $1.8 billion facility is a public-private partnership (PPP) among Sojitz Corp. of Japan and Rönesans Holding, the leading Turkish construction-and-investment company (it ranked 23rd in Engineering News-Record’s Top 250 International Contractors list for 2020 and was 9th in Europe). The Multilateral Investment Guarantee Agency (MIGA) helped launch the project by insuring Sojitz’s $144 million equity investment in the hospital for 20 years against breach of contract, restriction on transfer of capital, and expropriation.

The new hospital complex is one of the largest in the world, and it will serve a nation that was desperate for more beds, even before the pandemic. Turkey adopted a universal healthcare system in 2008, which has led to higher life expectancy and lower infant mortality, but has also increased demand for health care, including hospital space. 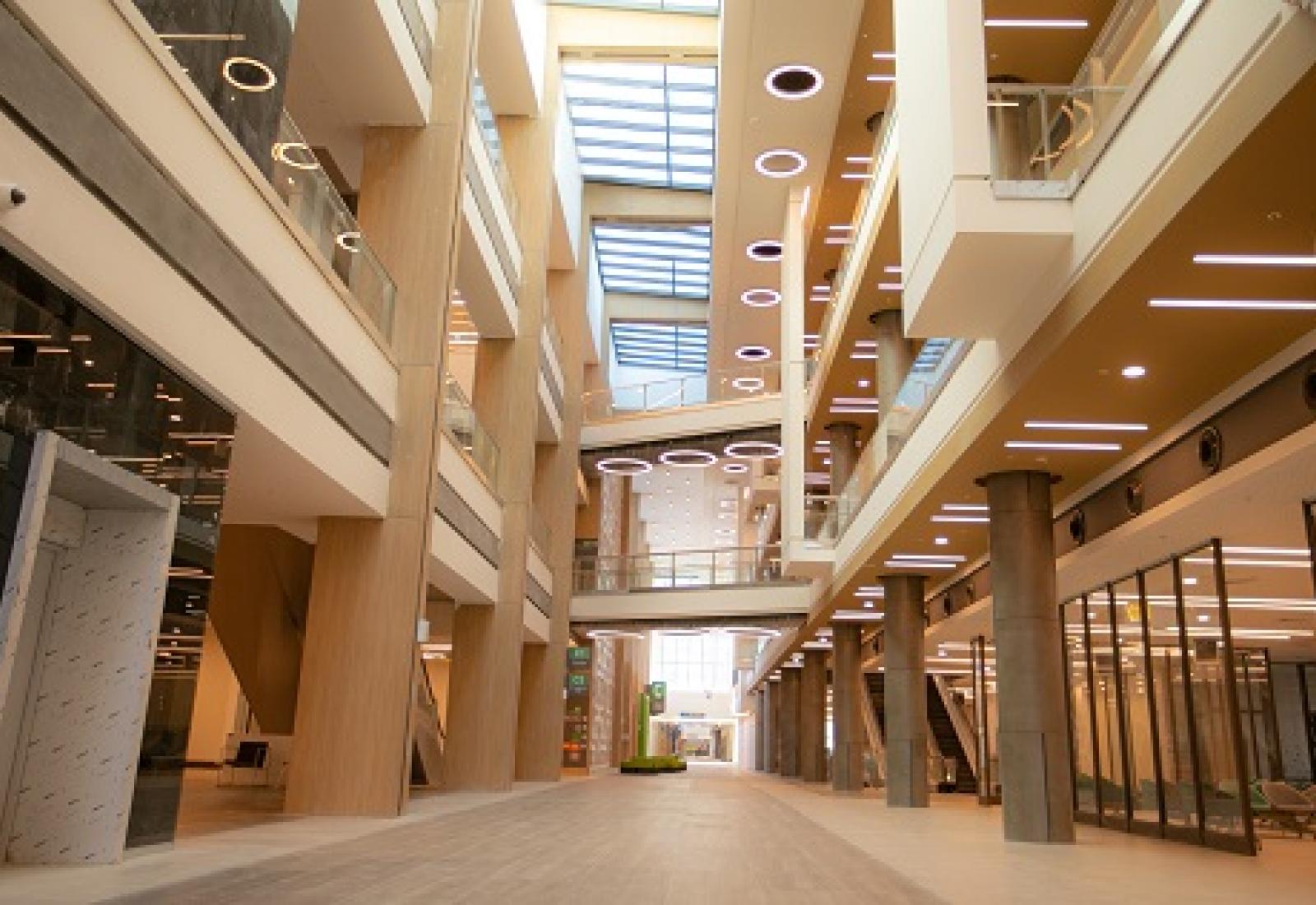 Interior of the Hospital (Photo: Sojitz)

Başakşehir Çam & Sakura City Hospital is one of six healthcare campuses that MIGA is supporting in Turkey. In total, the Agency has provided $816 million in political risk guarantees to the six sites. MIGA’s insurance helped mobilize the $763 million of private capital that poured in to build the hospitals across the country.

And that’s just the beginning. Turkey’s public-private healthcare venture aims to build some 30 new hospitals. Agreements have been signed for 21 of those. Time is of the essence. Turkey has one of the fastest-growing populations in Europe, and increased prosperity has brought more diseases of affluence, including heart disease and diabetes.

Opening Başakşehir Çam & Sakura is the culmination of 18 years of work by Turkey and the World Bank Group. In 2002, the Turkish healthcare system was ailing. Infant mortality stood at 26.1 per 1,000 live births, and one-third of Turks had no health insurance. 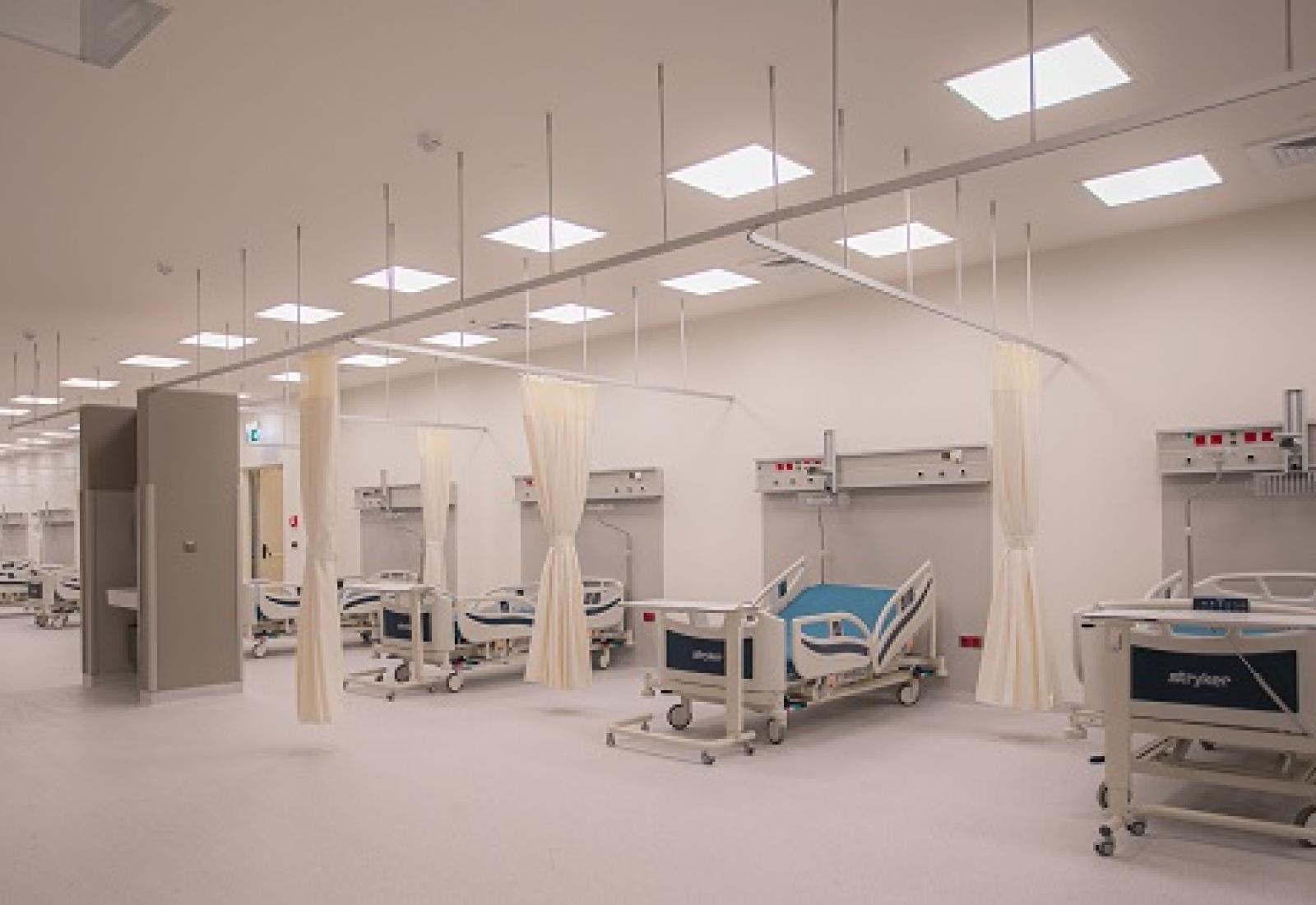 In 2003, the Turkish government, in partnership with the World Bank Group, inaugurated the Health Transformation Program (HTP) to fix the health system and provide universal healthcare to all Turks. They created the HTP as a public-private partnership so it could attract private investors with expertise in healthcare from around the world and combine it with best-in-class knowledge from the World Bank, IFC and MIGA.

The World Bank provided technical assistance on legislation to create the new system, and then helped write regulations that would attract private insurers and private hospital companies, especially those that provided badly needed specialized services.

Under the new system, the government and private companies share the risks that come with providing healthcare to a nation of 82 million. The government bears the cost of medical staff and full responsibility for clinical services, while the private sector handles medical support, including equipment, laboratory supplies, maintenance, and security. 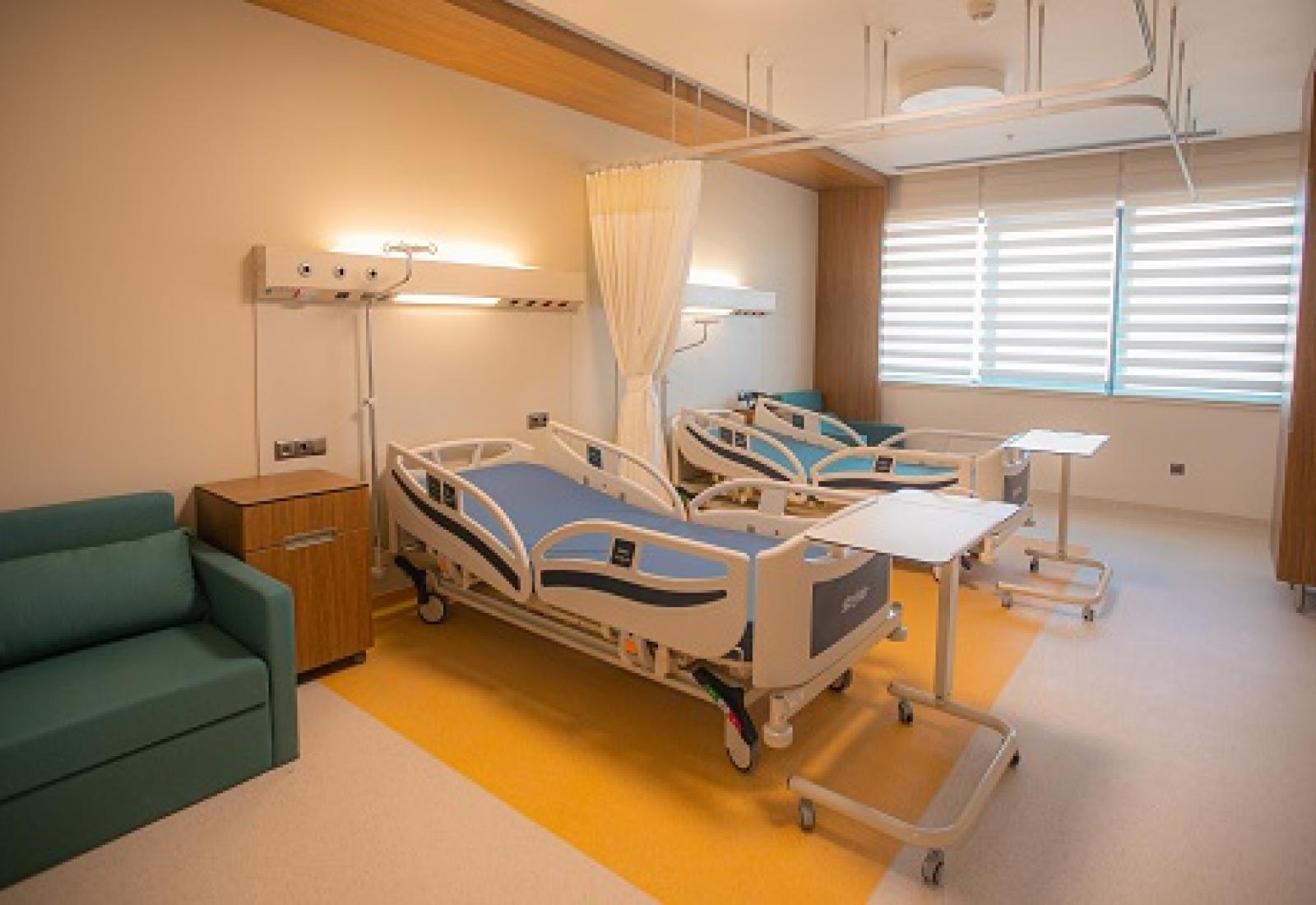 Between 2004 and 2015, the World Bank made two loans totaling $135 million to support the HTP. It loaned another $134 million to the Turkish Ministry of Health to keep health reform on track. The International Finance Corporation (IFC) joined the effort, investing $241 million and helping to raise another $540 million for hospitals in Kayseri, Etlik, Adana, and Elazığ.

MIGA and IFC teamed up on two of the hospitals. In Elazığ, MIGA provided $326 million in guarantees to protect investors. In Adana, MIGA offered $157.5 million.

The results are state of the art. All of the hospitals completed so far are designed to remain open in the aftermath of earthquakes, to which Turkey is prone. Başakşehir Çam & Sakura City Hospital is the largest structure in the world to be built with seismic isolators: large, sandwich-like devices that sit beneath columns and move in response to seismic shaking, protecting the building above from earthquakes. The second largest building to use isolators is Apple Inc.’s headquarters in Cupertino, California. All of the hospital buildings are also designed with the climate in mind. They were designed from the ground up to be energy efficient. 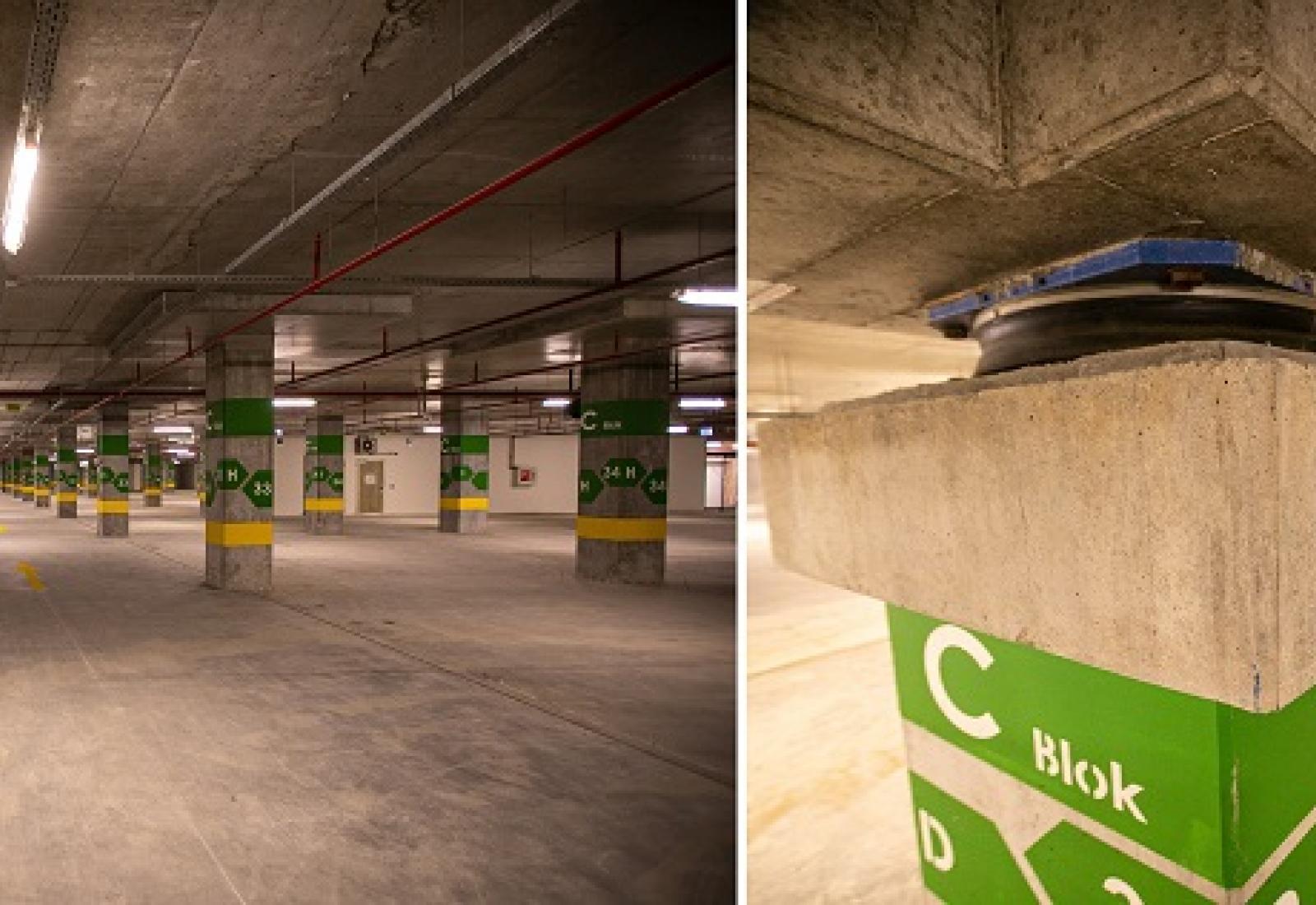 The hospitals have different equity partners. Sojitz, developer of Başakşehir Çam & Sakura City Hospital, is a Japanese conglomerate created in 2003 through the merger of Nichimen Corp. and Nissho Iwai Corp. Başakşehir Çam is its first major investment in the healthcare industry. To gain expertise in the field, Sojitz bought a stake in hospital manager Capital Medica Co. Ltd.

The Health Transformation Program has already made life better for the Turkish people. By 2012, more than 98 percent of the population had access to healthcare. Outpatient doctor visits per capita more and doubled to 8.2 in 2013 from 3.1 in 2002. Infant mortality fell by half, to 12 per 1,000 births, and life expectancy grew to 74 years from 71 in 2002.

Turkey and the world have a long way to go in the fight against COVID-19. With a disease that requires many intensive care beds, getting more of them now was stroke of luck. But luck favors the prepared, and when it comes to healthcare, Turkey is making ready. 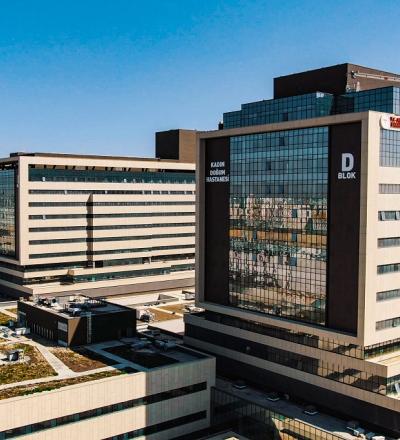 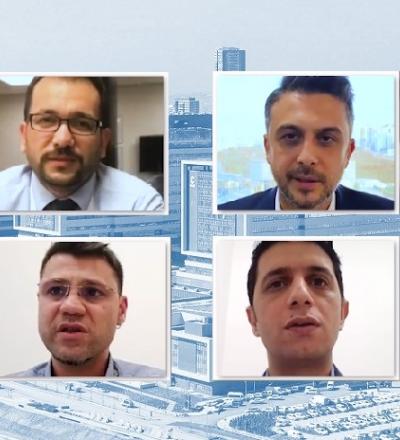 Running a Major Hospital Complex in Turkey Amid COVID-19