MIGA’s guarantees are helping BNP get liquidity to Panama’s banks and to the small companies that employ millions of Panamanians.

Dealing with COVID-19 is hard enough when you control the world’s reserve currency, like the United States does, and you have a central bank that can push interest rates lower by cutting them, or by purchasing billions of dollars of debt securities.

Panama has neither. The country uses the U.S. dollar as its own currency, and it has no central bank. That leaves it with fewer tools to spur the economy.

The closest thing Panama has to a central bank is the state-owned Banco Nacional de Panama (BNP). Founded in 1904, BNP is the second-largest bank in Panama, and it has the country’s largest branch network. As the pandemic gripped Panama last year, MIGA agreed to back $510 million of loans to BNP, arranged by Goldman Sachs Group and other lenders.

BNP used the funds, which were complemented by capital from the International Monetary Fund (IMF), to help the country’s Ministry of Economy and Finance set up a $1 billion trust fund that can provide emergency loans to Panamanian banks. To ease pressure on the small- and medium-sized enterprises (SMEs) that power Panama’s economy, the nation’s banks have offered grace periods on repayment of loans. Funds from the new trust could help meet shortfalls in liquidity at these banks until their borrowers resume payments.

After that, the BNP trust will be used to support companies in sectors that faced capital shortages before, including agriculture, health, sanitation, and food imports. As a firm, Goldman has committed to mobilizing $750 billion for ESG projects—those with positive environmental, social, and corporate-governance impacts—by 2030. The loan to BNP is part of that effort, says Ricardo Mora, the Goldman Sachs partner who led the BNP project.

“MIGA’s guarantees made the loans more attractive to investors and helped get the funds into the Panamanian financial system to support SMEs,” Mora says. “Our clients know the strength of MIGA guarantees and of its balance sheet, which lowered costs for the borrower.”

MIGA’s guarantees protect creditors for seven years should BNP fail to make interest and principal payments. The guarantees extend international assistance deep into the Panamanian economy because BNP performs many of the emergency functions in Panama that the Federal Reserve does in the U.S. BNP acts as a clearing house for Panama’s financial sector, and it provides liquidity when private banks cannot.

Like so many countries, Panama’s economy was hit hard by COVID-19. Traffic through the Panama Canal—source of a significant portion of the country’s GDP—tumbled in the early months of the pandemic before rebounding. Tourism, though, remains depressed as fewer people visit its beaches and mountains. Copa Airlines, the country’s biggest carrier, cut flights by more than 80 percent for much of last year and schedules are still curtailed.

The IMF estimates that Panama’s economy contracted 9 percent last year, its first slump since 1988. Other sources project an even sharper downturn in GDP.

Completing a financing like BNP’s is hard work in normal times. During COVID-19, it became even more difficult, Mora says. Normally, the team would travel the world to describe the deal to investors and negotiate terms. With the virus raging, that travel became impossible, and everything had to be done by phone and video call.

“It was a very uncertain time early in the pandemic,” Mora says. “We wanted to help governments access capital, so we worked hard together amid the difficult backdrop.”

Goldman and MIGA have a history of collaboration. In 2014, MIGA backed a $500 million loan, arranged by Goldman to refurbish and expand a critical national highway from Ho Chi Minh City, Vietnam, to the central highlands. Two years later, Goldman and MIGA worked together to fund a renewable power project in northeastern Vietnam.

“Working with MIGA has been almost seamless,” Mora says. “Goldman and MIGA continue to work together on new projects. Given Goldman’s commitment to ESG investments, many of the new ventures are likely to help people who need it most, mirroring the partnership with BNP.” 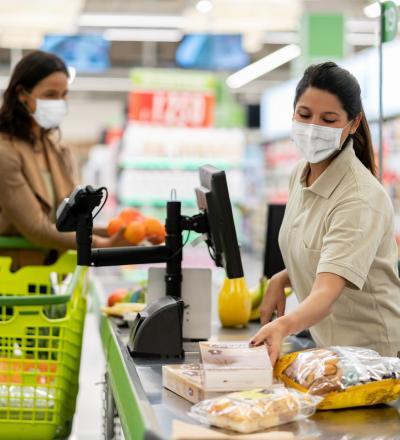 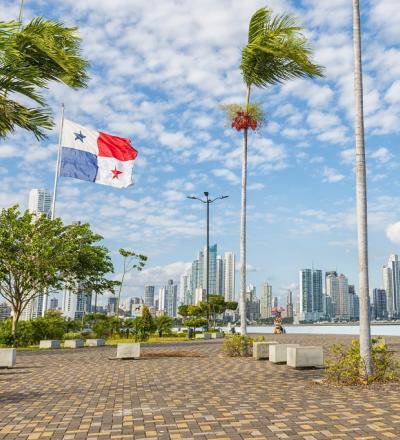 Financing People and Businesses in Panama