On June 15, 2011, MIGA issued guarantees totaling $450 million covering a “Murabaha” financing facility by Deutsche Bank Luxembourg S.A. and Saudi British Bank (SABB) for PT Natrindo Telepon Seluler (NTS) in Indonesia. MIGA’s coverage is for a period of up to seven and a half years against the risks of transfer restriction, expropriation, and war and civil disturbance.

This investment is part of a larger $1.2 billion Islamic financing package for NTS, holder of the registered brand “Axis”. The company is a national GSM and 3G cellular service provider in Indonesia, offering wireless communication services. The financing is aimed at increasing the quality on the existing network, increasing the population coverage, and building additional network capacity.

The portion of the financing that MIGA is insuring is a dual currency term “Murabaha” facility with Deutsche Bank Luxembourg S.A. as political risk insurance agent acting on behalf of itself, SABB, and other financial institutions to be identified. The initial participants are SABB and Deutsche Bank Luxembourg S.A. The facility will be syndicated following the financial close. The facility may be taken out at a later stage in whole or part by a Sukuk capital markets issue for which the primary obligor will be NTS.

This widespread availability of telecommunications networks also provides a platform for the private sector and the government to deliver important services to under-served communities throughout Indonesia.

This project will contribute to the objectives of the World Bank Group’s Country Partnership Strategy for Indonesia by facilitating important private infrastructure investment in a sector which promotes the growth of private sector enterprises. The project is also aligned with MIGA’s strategic priority of promoting South-South investment. 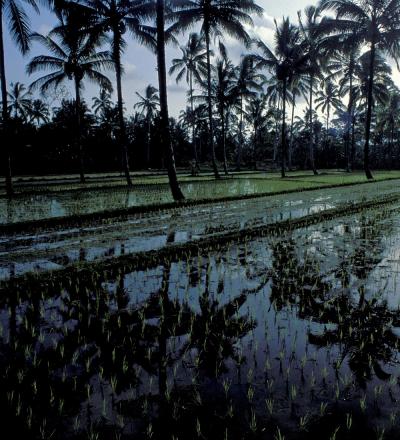