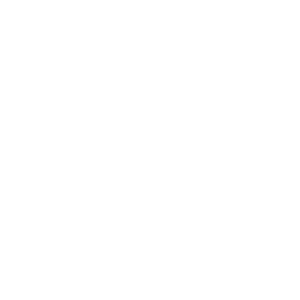 This summary covers existing and new equity investments by Alpha Bank S.A. (Alpha Bank) in its subsidiary in Albania. The investor has applied for a MIGA guarantee of up to €47.5 million ($52.9 million equivalent) for a period of up to three years against the risk of expropriation of funds.

Athens-based Alpha Bank was founded in 1879 and is one of the largest banks in the Greek private sector. It currently manages a network of over 1,115 service points in Greece and operates a number of foreign subsidiaries in Cyprus, Romania, , Serbia, Albania, FYR Macedonia, and the United Kingdom. Alpha Bank’s subsidiary banks abroad are required to maintain reserves at the central banks in their respective jurisdictions, generally based on the volume of customer deposits that these subsidiaries have. This exposure leads to higher risk weights on assets at the consolidated level, resulting in increased capital allocation for country risk exposure. At the consolidated level, the risk weighting determines the amount of equity required to maintain a specified capital adequacy ratio in accordance with Greek banking law.

Note: The SPG was modified to change the project categorization from FI-1 to FI-2 on April 19, 2016.

The development impact of the proposed project would materialize at both the Greek and host country level. Freeing up capital at the Greek group level would provide modest assistance in the efforts to recapitalize the Greek banking system. At the same time, MIGA’s guarantees could strengthen operations in Albania by freeing up risk-weighted assets that are currently tied up in mandatory reserve deposits at the host countries’ central banks—to be reallocated for productive lending.

MIGA’s support would be consistent with the broader WBG engagement with Greece at this time. Following an appeal by the Government of Greece, the World Bank Group has reengaged with Greece, a Part I member country, to support the country and improve investors’ confidence in the context of a highly challenging economic situation.

MIGA’s proposed coverage to Alpha Bank is also consistent with the goals of the crisis response initiative for the Europe and Central Asia region launched by the World Bank Group in January 2012. As part of the initiative, MIGA seeks to support capital-constrained banks active in the region.

The project is also aligned with the World Bank Group’s strategy for Albania, as the country seeks to address the spillover from the financial crisis.