WASHINGTON DC, August 26, 2019 — MIGA, a member of the World Bank Group, has issued $36 million in guarantees for the design, construction and operation of a facility in southern Sierra Leone that will cultivate, harvest and process pineapples and other tropical fruit for export. The Agency is providing protection from Expropriation and Breach of Contract for up to 10 years to Dole Asia Holdings, a subsidiary of ITOCHU Corporation, for its investments into Sierra Tropical Limited.

In addition to its own resources, MIGA is using the International Development Association’s MIGA Guarantee Facility (MGF) to provide a first-loss layer in support of the project. The MGF helps bridge gaps where market and MIGA-arranged capacity are insufficient or unavailable to crowd in private investment.

Nippon Export and Investment Insurance (NEXI), the Japanese Export Credit Agency, is reinsuring a portion of MIGA’s exposure, in addition to providing its own insurance to Dole International Holdings, Inc. This is NEXI’s first reinsurance arrangement in Africa with MIGA, following an MOU signed between the two institutions in May 2018.

The greenfield agro-industrial facility will process tropical fruit—primarily pineapple, for export throughout the world. The facility will plant, grow and harvest crops, and house a packing plant and associated facilities.

“With over 60 percent of Sierra Leone’s work force in agriculture—and 60 percent of that work force consisting of women—increasing investment in food production and processing is essential for the country,” MIGA EVP & CEO Keiko Honda said. “Furthermore, this project will help bring in foreign exchange, while helping diversify the economy away from mining.”

Sierra Tropical is expected to create over 3,000 jobs during the production phase, and provide technical and vocational training to staff, along with new infrastructure for local communities.

MIGA played a pivotal role in providing Dole Asia Holdings with the confidence it needed to commit long term resources for the project. Of particular importance was MIGA’s close working relationship with the Government of Sierra Leone.

“Today we mark another major milestone for Dole Asia Holdings. I am delighted by the prospect of a long-term future for our business in Africa and Sierra Leone,” Dole Asia Holdings President & CEO, Takeshi Kumekawa said. “Our pioneering effort is inspired by our Sampo Yoshi philosophy that has been in our Corporate DNA for over a century—we remain committed to do good for our Customers, our Communities and our Company for generations to come.”

Sierra Leone’s Ministry of Agriculture, Forestry & Food Security has set an ambitious target of attracting investments worth billions of dollars into agriculture over the next ten years. More immediately, the project is expected to generate foreign exchange for the country each year. 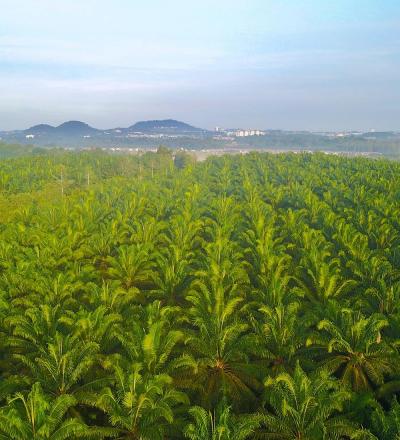 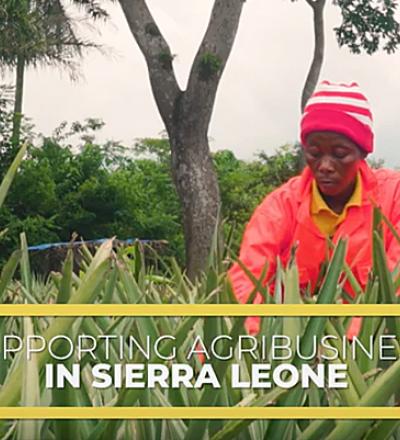