WASHINGTON DC, October 31, 2019 – MIGA, a member of the World Bank Group, has issued guarantees of up to US$100 million, covering Banco Santander Uruguay's mandatory reserves with the Central Bank of Uruguay. The coverage is in addition to guarantees issued to Banco Santander in 2016 for up to 10 years, and will allow Santander Uruguay to more readily increase domestic lending, focusing on operations with climate co-benefits.

Reflecting the effectiveness of MIGA’s initial guarantee, the new coverage demonstrates MIGA’s continued support for the provision of credit in Uruguay by helping expand access to finance to private sector firms in the country.

"Our support is helping bolster Uruguay’s financial sector, and in turn its ability to address priority challenges such better preparing for the effects of climate change," said Keiko Honda, CEO and Executive Vice President of MIGA.

Santander Uruguay is mandated by local regulation to maintain certain amounts of cash in the Central Bank as minimum reserves. These reserves contribute to the consolidated risk of the global Banco Santander Group, and by guaranteeing the reserves, MIGA is helping free up risk capacity allocated to the Uruguay subsidiary.

This MIGA guarantee also demonstrates a continued effort with Banco Santander to develop projects with a dedicated climate finance component, wherein a portion of the loans enabled through the guarantee will be allocated toward climate finance activities, including renewable energy, energy efficiency, and clean transportation investments. Banco Santander Uruguay will establish a framework for identifying, assessing and monitoring climate finance, a component that has been implemented in other subsidiaries of Banco Santander and could be emulated by other financial institutions in the future.

These efforts are aligned with Santander’s climate strategy—the Group recently announced a new commitment to raise over €120 billion in green financing between 2019 and 2025, as well as a commitment to financially empower more than 10 million people over the same period through the expansion of the bank’s microfinance, financial education programs and other tools to provide access to financial services.

“By working with MIGA, Santander Uruguay is able to leverage its presence and capabilities in the country to provide more financing to projects with local impact,” Ignacio Domínguez Adame, Head of Global Debt Financing at Santander said. “It is yet another form of Santander's mission to help people and businesses prosper in the markets where the bank operates.”

Santander Uruguay is the largest private bank in the country and is committed to supporting the country’s goals to reduce greenhouse gas emissions through projects related to renewable energy, energy efficiency, and clean transportation.

Banco Santander (SAN SM, STD US, BNC LN) is a leading retail and commercial bank, founded in 1857 and headquartered in Spain. It has a meaningful presence in ten core markets in Europe and the Americas, and is the largest bank in the euro zone by market capitalization. Its purpose is to help people and businesses prosper in a simple, personal and fair way. At the end of June 2019, Banco Santander had €1.03 trillion in customer funds (deposits and mutual funds), 142 million customers, 13,000 branches and 200,000 employees. Banco Santander made underlying profit of €4,045 million in the first half of 2019, an increase of 2% in constant euros compared to the same period last year. 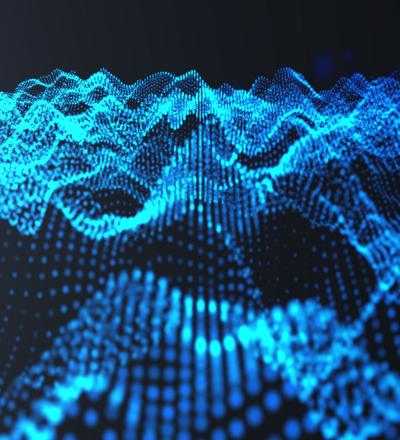