Myanmar Needs Infrastructure to Attract Industry, and MIGA Helps Get It Built

Land is expensive in Myanmar, and laws are complex for foreign investors looking to build factories there. Korea LH and MIGA teamed up on a solution.

Just north of Yangon, Myanmar’s largest city, is a dilapidated convention compound where 15 buildings, unused since 2008, collapse into the encroaching camphor and acacia. Farmers in the area worry about fire at the abandoned site. Soon, it will be renovated, and the land around it will become a 2.2-square-kilometer industrial park with factory space, high-rise apartment buildings, parks, and restaurants.

Korea Land & Housing Corp. (LH) is building the complex, along with minority partner Global Sae-A Co., a clothing manufacturer from South Korea, and the government of Myanmar, which aims to create jobs by attracting foreign manufacturers that can help it move from exporting mostly raw materials toward higher value-added textiles, electronics, and food.

Construction is expected to start this year and end in 2022. 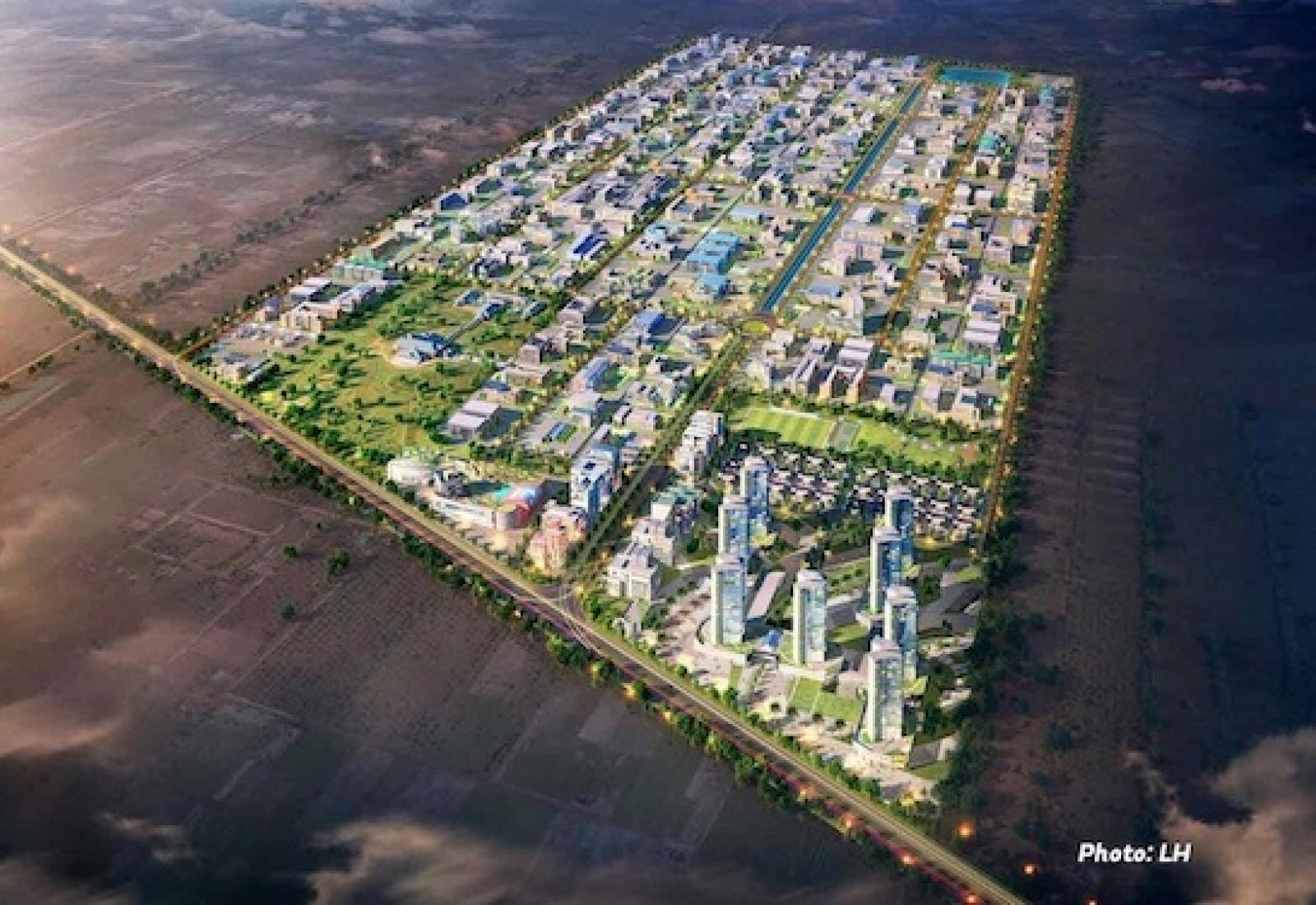 Myanmar is a nation in transition, and doing business there involved greater potential for risk than other places in Southeast Asia, even before COVID-19 threatened to derail the growth that has come since 2011, when it became an open, market-based economy.

Rather than go it alone, LH tapped the Multilateral Investment Guarantee Agency (MIGA) to manage some of the risk and facilitate the project’s financing. MIGA will guarantee LH’s equity investment of up to $5.7 million for 15 years against currency inconvertibility and transfer restriction, war and civil disturbance, and breach of contract. MIGA is expected to also back LH’s own corporate guarantees to its lenders for up to $21.5 million for seven years.

Myanmar is in dire need for new modern, well-equipped industrial spaces to attract investment, spur industrial growth, and bring technical knowhow to the country. But land is expensive in Myanmar, and land-use laws are complicated for foreign investors.

Eager to develop infrastructure that will attract private employers, the Government of Myanmar is leasing the acreage to the LH joint venture in exchange for an ownership stake. LH and the Government will each own 40 percent of the joint venture, called the Korea-Myanmar Industrial Complex (KMIC), and Sae-A Co. will own 20 percent.

The new park will have space for textile manufactures, clothing makers, food processors, electronics manufacturers, and logistics companies. Unlike many older industrial parks in the developed world, it will have amenities like apartments, parks, and footpaths. It will also have its own electrical substation and water purification plant.

Much of the auxiliary infrastructure will be paid for with a loan from the Economic Development Cooperation Fund of Korea.

The KMIC complex will become a key link in Myanmar’s supply chain, making it more efficient, just by virtue of its location. It’s just 9 km from the Yangon-Mandalay Expressway, the main north-south road in the country, and 25 km from the Yangon International Airport. Yangon, also known as Rangoon, was the capital of the country until 2006, when the military government moved the seat of government to the new city of Naypyidaw, to the north. 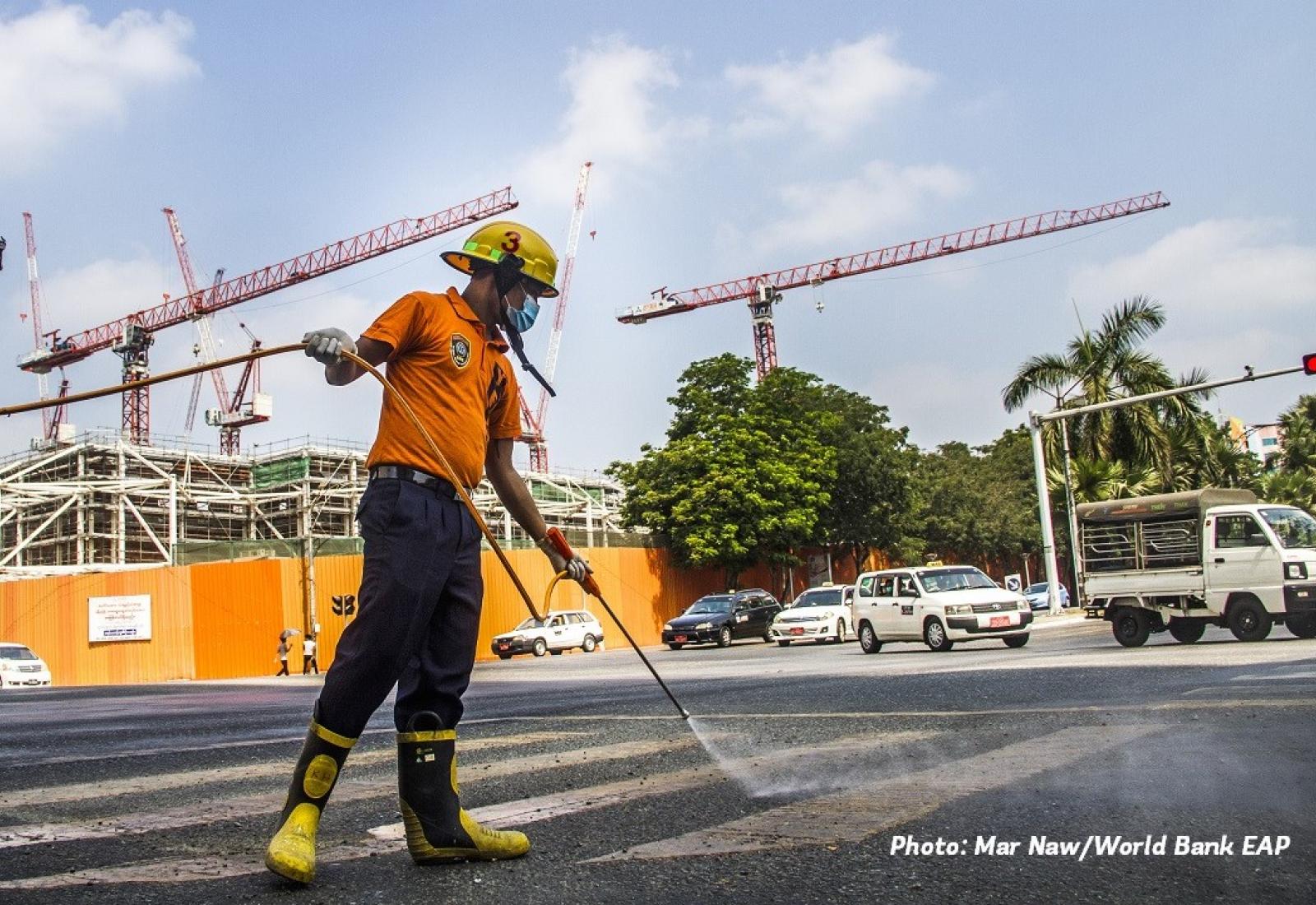 Yangon remains the preferred location for foreign manufacturers because of the abundant labor, better infrastructure and access to foreign markets by air and through the Port of Yangon, which handles about 90 percent of the country’s imports and exports.

The partners, including MIGA, expect the park to attract manufacturers from abroad, giving the local economy a lift as COVID-19 threatens to slow it down. The manufacturing sector accounted for 24 percent of Myanmar’s gross domestic product in 2017, up from 20 percent in 2012, but below the average of 27.5 percent for developing countries in the region.

For the most part, Myanmar has been an exporter of raw materials including natural gas, wood, copper, tin, tungsten and gems. The government is trying to accelerate production of higher value-added manufactured goods by building new factory space.

There are some 20 industrial parks and one special economic zone in the Yangon area that focus on agricultural processing, textile manufacturing, and consumer goods. All but two have less-than-adequate infrastructure, according to the World Bank.

The two that do, Mingaladon Industrial Park and Thilawa Special Economic Zone, were built by the government in partnership with foreign investors, and they have leased 95 percent of their lots. The Korea-Myanmar Industrial Complex was modeled on them.

By 2022, the old convention compound, with its dilapidated main hall, its silent theater, and its empty hostel, will be surrounded by a bustling industrial park.

It will get a facelift and realize its potential, too. 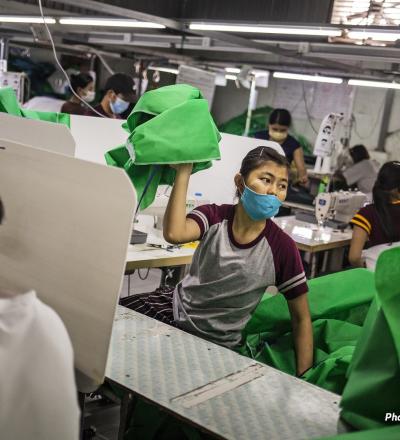 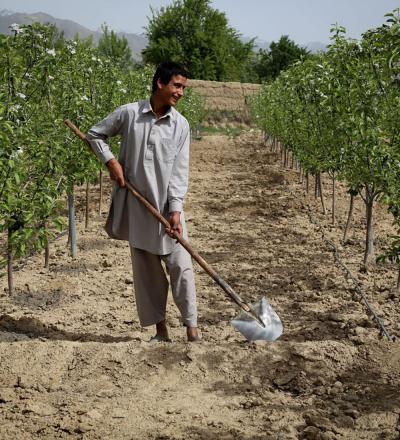