A Q&A with Mitsuaki Harada of Beo Čista Energija
Also available in: 日本語

Beo Čista Energija Ltd is undertaking a big job: remediating and closing the largest unmanaged trash pile left in Europe. Decades of unregulated dumping have left a hazardous mountain of garbage just outside of Belgrade, Serbia, in a town called Vinča. Beo Čista Energija, a partnership of France’s Suez Group, Japan’s ITOCHU Corp., and Marguerite, a European investment fund, is working with the city of Belgrade to remediate and close the site, construct a new sanitary landfill, and build a 103 megawatt steam turbine that will turn waste into heat and electricity for Belgrade residents, displacing fossil fuels. MIGA guaranteed the partners’ equity investment in the €373 million project.

We talked with Mitsuaki Harada, who worked as a General Manager of ITOCHU Europe and I-Environment Investments Ltd. in London as the project got rolling. He is now Managing Director of the partnership as it swings into action.

What was your first impression of the landfill site at Vinča?

I couldn’t believe my eyes. The urgency of the project was clear at first sight. It was just a huge mountain of untreated waste—40 years’ worth of it. Contaminated water leached into the Danube River, and the whole heap lurched toward the shore. Fires burned, fueled by methane produced deep below. Towns and ecosystems nearby were under threat, to say the least.

Where were you before you started working on Vinca?

I was in the U.K., where ITOCHU did four amazing energy-from-waste projects in partnership with Suez. We’re processing 1.3 million tons of waste at those plants every year and producing enough electricity to power 160,000 British households. We’re pursuing other waste-to-energy projects with Suez, too. It’s a long-term strategic partnership.

Waste projects are challenging, to say the least. How did this one become bankable?

No one single factor can make a deal bankable. It requires proper allocation of risk and responsibility among parties, especially public and private partners. You need a secure structure and a robust revenue stream, and technology that is efficient and adaptable so that it can function under changing economic conditions.

Usually, the remediation and closure of an existing landfill would not be commercially viable as a standalone project. The government bundled this with bankable elements like energy production. We have contracts for the sale of heat and electricity, and the City of Belgrade is introducing a new waste-treatment tax to cover part of the cost. The IFC advised the City of Belgrade on the structure of the project, which was a great help.

It was fundamental. Without it, we wouldn’t have had the incentives to pursue the Vinča project. The law lays the groundwork for these sorts of projects, outlining how public entities are supposed to work with private partners, which is a new concept in Serbia. The law passed in 2011. Before that, PPPs didn’t exist in the Serbian legal system.

In a critical city like that, a PPP is the best solution because it can put private capital to work for citizens in an efficient way.
Mitsuaki Harada

Why are PPPs so attractive to governments right now?

This is a €370 million project that is absolutely necessary for improving the quality of life, the health and safety of Belgrade residents. But Belgrade, the economic engine of Serbia, has lots of other pressing obligations. In a critical city like that, a PPP is the best solution because it can put private capital to work for citizens in an efficient way.

Did Itochu’s other PPP projects help guide you on this one?

Yes. We took what we learned on our projects around the world, especially those in the U.K. where PPPs have been extensively used for waste management. We’ve used structured finance to get similar projects up and running elsewhere in the world, and each is different. You need knowledge and expertise to harmonize the structure with the circumstances in a given location.

How did MIGA help make this project happen?

This is the first large-scale PPP waste project with non-recourse financing in the Balkans. It’s a trailblazer in that regard. Serbia is still an emerging economy in several ways, and the national government isn’t providing the project with a direct guarantee. Given that, MIGA’s insurance improved the risk profile, making it more attractive to private investors.

When MIGA and the IFC get involved, a project must comply with stringent environmental and social standards. Were those difficult to meet at a site like Vinča?

No. ITOCHU and Suez have similar experience. But experts from MIGA and the IFC provided a lot of valuable input and recommended mechanisms to manage and monitor some of the tougher issues. For example, the City of Belgrade had to acquire land for the project and resettle families living at the project site. The World Bank helped us do so with the highest level of care for their welfare.

What are the prospects for using this project as a template and replicating it in other parts of the world?

We are quite active in this business around the world. This project serves as pathfinder to address the needs of transitional economies faced with the multiple challenges of remediating old, unsanitary landfills, improving their waste management systems, reducing greenhouse-gas emissions, and making all of that affordable for its citizens. There are lots of municipalities in eastern Europe, the Middle East, Asia, and South America that require same kind of creativity, and now we know more about how to do it. 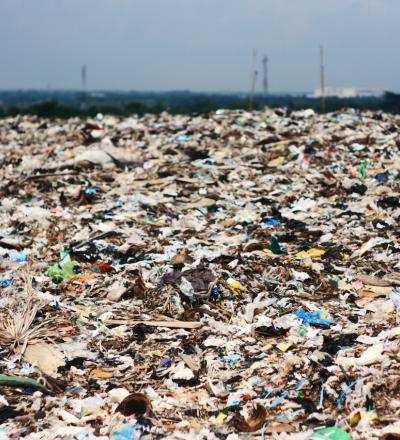 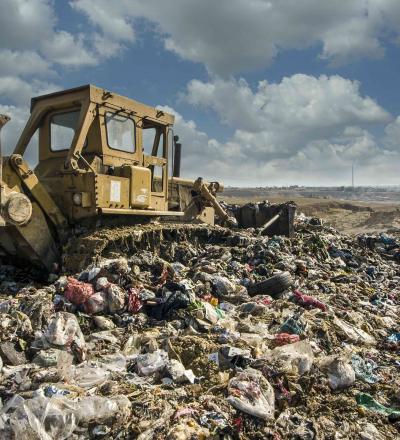