Learn more about MIGA's support of the construction, operation and maintenance of six solar power plants in Egypt.

WASHINGTON DC, January 9, 2018— MIGA, a member of the World Bank Group, announced today guarantees of up to $102.6m in support of the construction, operation and maintenance of six solar power plants in Egypt. The power plants will collectively have a combined capacity of up to 250MW, and represent the first set of a total 12 projects approved by MIGA's board in support of Egypt's Solar Feed in Tariff (FiT) program.

The guarantees are being provided against the risks of Expropriation, Transfer Restriction and Inconvertibility, Breach of Contract, and War and Civil Disturbance. Some $5.0m of coverage is being provided for equity holder ib vogt GmbH of Germany for up to 15 years. And an additional $97.6m of cover is being provided for up to 20 years to lender Industrial and Commercial Bank of China (ICBC) of People's Republic of China (PRC), bolstering the longer-term strength of the projects against fluctuating tariffs.

"Significant investments are needed in Egypt to meet growing demand for power, and diversify the country's energy mix," MIGA Executive Vice President and CEO Keiko Honda said. "We are proud to be supporting Egypt's ambitious efforts to deliver reliable power to its citizens, while helping tackle climate change."

The projects will contribute to the government's target of having renewable energy make up 20 percent of power generation by 2020, and also the FiT program, which seeks to attract private sector investment for up to 4.3GW in solar and wind power generation.

Energy from the power plants will be sold in Egyptian Pounds at $0.084 per kilowatt hour to the Egyptian Electricity Transmission Company under a 25-year Power Purchasing Agreement. The PPA is backstopped by a guarantee from Egypt's Ministry of Finance.

Once the six plants are operational, they will have enough capacity to provide power to the equivalent of 349,912 additional residential households.

Electrification in Egypt is nearly universal, and consumption has grown by over 6 percent annually since 2008. To date, installed capacity has reached 35 GW, however, with a generation mix consisting of 78 percent gas-fired and 12 percent fuel oil-fired power plants, Egypt's energy sector has suffered from chronic power deficits and frequent blackouts resulting from rapid demand growth coupled with acute gas shortages and severe underinvestment since 2010.

"MIGA's support for our three projects has been crucial for closing them successfully," Rajit Nanda, Chief Investment Officer of ACWA Power said. "Together, we have aided the Egyptian government as they push through their focus on Renewable energy and are confident that this association will continue to play a pivotal role for procuring new renewable energy projects in Egypt."

The World Bank Group has been an important partner of the Government of Egypt in the energy sector, and the IBRD, IFC and MIGA jointly developed an Energy Joint Implementation Plan in response to the government's priorities. IFC is among the major lenders in the FiT program, and is financing up to eleven solar power plants.

The combined cost of the six projects will be $385.8m.

Additional investors are expected to approach MIGA in the near future for guarantee coverage on the remaining power plants. 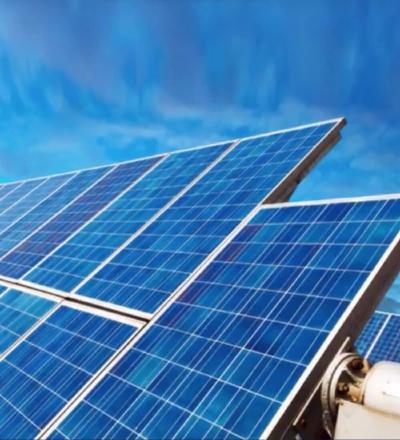