What Investors Fear, How they Move Wisely

What Investors Fear, How they Move Wisely

December 11, 2013 — Last week in London, MIGA launched its fifth annual World Investment and Political Risk report in conjunction with the Financial Times. The launch event—Managing Global Political Risk—boasts a strong following as the premiere event that explores foreign direct investment and political risk trends in emerging markets in addition to presenting the results of an in-depth survey to capture investor sentiment on the topic.

What did investors, lenders, insurers, analysts, and government representatives agree when they came together to discuss political risk this year? Most underlined that the perception of risk continues to be strong, though it is waning from recent years that were battered by the global financial crisis and the Arab Spring.

However, as the World Bank’s Andrew Burns pointed out, this improvement is sowing the seeds of the next group of challenges. While investment has flowed to developing countries in search of yield, quantitative easing has kept economies on life support, commodity prices have been high, and all these factors are now in flux.

Moreover, according to Tina Fordham of Citi Research, the underlying structural determinants of political risk are still very much present. She noted little improvement in unemployment and an increase in vox populi risk. By this Fordham meant shifting and more volatile public opinion around the world—amplified by social media—has recently resulted in a proliferation of mass protests. Panelists discussed several other risk factors, including increasing polarization in politics, pressure on central banks to keep the economic show on the road, reduced investment in infrastructure, and a reversal in living standards in some hard-hit countries.

This year, following a topic addressed in World Investment and Political Risk, the event also took a deep dive into breach of contract risk by government partners—an issue of particular concern as a resurgence of resource nationalism and contract renegotiations has some investors worried.

In a panel moderated by MIGA's Ravi Vish, Will Pearson of the Eurasia Group confirmed that the power sector in particular has seen more contract breaches in the past five years. He expects that, with continued global economic uncertainty and higher political price tags as mentioned earlier, the industry will see even more.

Discussion of mitigation strategies to avoid breach of contract in investment projects centered around project sustainability and contract flexibility. Helen Tarnoy of Aldwych International shared the question she asks when deciding on a new project and its contract details: “In ten years’ time, will citizens still be willing to pay for this service?”  She believes significant attention must be paid to relationships among investment stakeholders at several levels. Panelists also noted that contract rigidity hampers good investments. Indeed, all underlined a need for flexibility, transparency, and good will to keep investments on track and avoid breaches of contract.

A third timely theme the conference addressed is how emerging countries can more creatively access capital markets.  Here, an interesting angle emerged. While the benefit to developing countries of having alternative funding sources is clear, the supply of highly rated bonds has decreased significantly in the past several years—so new products will fill a market gap for investors. Lynn Maxwell from HSBC looks to emerging-markets issues with interest, she noted, as her concern is whether or not the bank is tapping into these markets most effectively for their clients.

The subject allowed MIGA to showcase its recen​t landmark transaction in a panel moderated by MIGA's Olga Sclovscaia. In September, the Agency announced its support to a €400-million financing backed by notes issued by Magyar Export-Import Bank (Exim) of Hungary. Specifically, MIGA’s guarantee provided coverage against non-honoring of the sovereign financial obligation for the principal and interest on the bond notes, representing  MIGA’s first use of this cover for a capital markets issue. At the event, Roland Nátrán, the head of Exim, underlined his three pillars for funding for the bank: first, to effectively access international capital markets; second, to diversify the bank’s investor base; third, to obtain a cost-effective solution. “With MIGA’s insurance, we were able to fulfill all these goals,” he said.  MIGA's support significantly enhanced the credit quality of the issue (from non-investment grade to investment grade) and significantly lowered the longer-dated borrowing costs of Exim.

“The shrinkage of quality AAA bonds makes transactions like this very important,” said Daniel Markaity from Jefferies. While the structure was new for many investors and required some education, Lynn Maxwell from HSBC noted that there has been a return to structured financing in the past year and a half. “There is a difference between structuring that is incomprehensible and that which protects investors,” she said.

Keiko Honda, MIGA’s Executive Vice President, briefly took the stage to close the event and point out that, with transactions like Hungary Exim, MIGA intends to be a market mobilizer. The Agency hopes to show the market what can be done with an aim to expand prosperity and end poverty in line with its mission as a development institution. 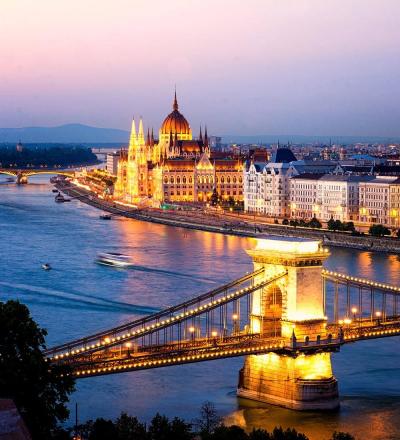 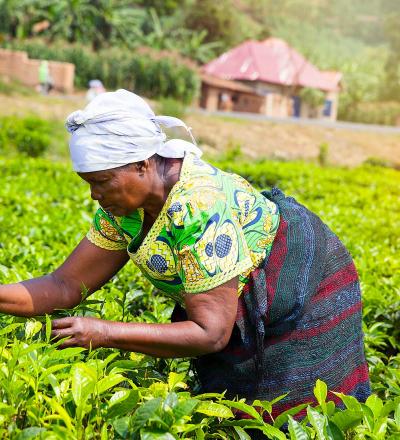