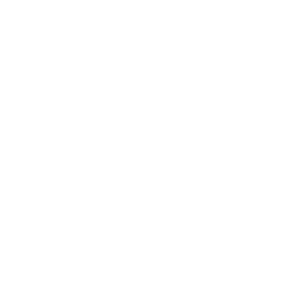 On September 30, 2015, MIGA issued $200 million in guarantees covering an investment by Exoro Holdings BV of the Netherlands (a wholly-owned subsidiary of Seven Energy International Limited of Mauritius) in Accugas Ltd. in Nigeria. The coverage is for up to 15 years against the risks of expropriation.

The project involves ownership, operation, and expansion of Seven Energy International Ltd.’s natural gas midstream facilities in the eastern Niger Delta region that are run through its wholly owned subsidiary, Accugas Ltd. Proceeds of a shareholder loan from Seven Energy to Accugas have been used to fund construction of Accugas’ assets, including construction of a gas-processing facility and the Uquo to Oron pipeline. The company has executed gas-supply agreements (GSAs) to deliver up to 175 million standard cubic feet per day to two power plants (Ibom Power Company and Calabar Electricity Generation Company Ltd), which will be providing in excess of 750 megawatts to the national electricity grid.

The International Bank for Reconstruction and Development (IBRD) is also in the process of issuing a partial risk guarantee (PRG) to provide liquidity support. The PRG will guarantee a letter of credit issued by a commercial bank to backstop the offtaker’s obligations under the GSA between Calabar Electricity Generation Company Ltd. and Accugas.

Despite having the largest gas resources in Africa, Nigeria’s gas infrastructure is not adequately developed and the country faces persistent power supply shortages. In early 2014, total available capacity was around 4,500 megawatts, significantly below demand. The supply shortfalls are compounded by generally inefficient technical and commercial management of the grid system leading to frequent interruptions and poor service quality. The considerable unmet demand of power forces a large portion of the population and almost all businesses to resort to self-generation at a high cost to themselves, the economy and the environment. In the 2010 Nigeria Investment Climate Assessment, 83 percent of Nigerian business owners consider a lack of electricity the biggest obstacle to doing business.

MIGA’s support for the project is aligned with the World Bank Group’s comprehensive support to the government’s energy sector reform program, which involves multiple interventions aimed at increasing installed power generation, transmission and distribution capacity, improving the governance in the gas and electricity sectors, and providing comfort to gas producers, in an effort to attract private sector investments.