WASHINGTON DC, November 1, 2018 – MIGA, a member of the World Bank Group, has issued guarantees covering the construction, ownership, operation and maintenance of six solar photovoltaic (PV) power plants in South Africa. The guarantees cover 90 percent of investments by Scatec Solar ASA for up to 15 years against the risks of Breach of Contract and Transfer Restrictions and Convertibility.

Three of the plants (Kalkbult, Dreunberg and Linde) have been in operation since 2013 and 2014, while the others (Sirius, Dyason’s Klip 1 and Dyason’s Klip 3) are currently under construction. The six plants are expected to generate a combined 1,000 GWh of power that will be sold to Eskom, South Africa’s state-owned utility, under 20-year PPAs.

“By covering not only greenfield, but also brownfield projects, we are encouraging additional investments in renewable power,” said MIGA EVP & CEO Keiko Honda. “We are helping decrease perceived levels of risk and increasing capacity for sponsors.”

MIGA has had a longstanding commitment to helping South Africa transition towards becoming a low-carbon economy.  MIGA has previously provided credit enhancement in support of adding new transmission lines to provide basic electricity connections for customers, as well as guarantees for three wind farms.

These plants will contribute to the diversification of South Africa’s energy mix, helping avoid 17m tons of GHG emissions.

The six projects were selected as part of the South African Renewable Energy Independent Power Procurement Program (REIPPP). The REIPPP has successfully channeled substantial private sector expertise and investment through multiple rounds of bidding into grid-connected renewable energy at competitive prices. Prices have dropped over four rounds of bidding, with average solar PV costs dropping by 75 percent in nominal terms, and making renewables the most price-competitive power source in South Africa. MIGA’s support for the plants highlights the demonstration effects of earlier rounds of bidding.

The REIPPP requires that Independent Power Producers (IPPs) undertake economic development obligations in addition to proposing competitive tariffs. In this context, Scatec Solar is contributing a fixed percentage of its IPP revenues to develop stakeholder engagement plans and implement local community development initiatives within education, health and infrastructure.  Moreover, at least 5 percent of the shares of each of the Scatec Solar IPPs are owned by broad based trusts with a sole purpose to finance such initiatives for the benefit of local communities.

KLP Norfund, a facility for co-investments in renewable energy across Africa, established by the Norwegian Investment Fund for Development Countries and Norway’s largest life insurance company, also has equity in the power plants.  Project lenders include South African financial institutions such as the Standard Bank of South Africa, Sanlam Life Insurance, and the Development Bank of Southern Africa.

“These MIGA guarantees are a cost-efficient way of mitigating risk in an important part of our asset portfolio. We are working with multilateral finance institutions across emerging markets and with these agreements we are again demonstrating how strong partnerships are improving the robustness of our long-term investments”, said Raymond Carlsen, CEO of Scatec Solar.

This year marks MIGA's 30th Anniversary.  Over the last three decades, MIGA has directly supported over $50 billion in investments for over 845 projects in 111 developing countries. 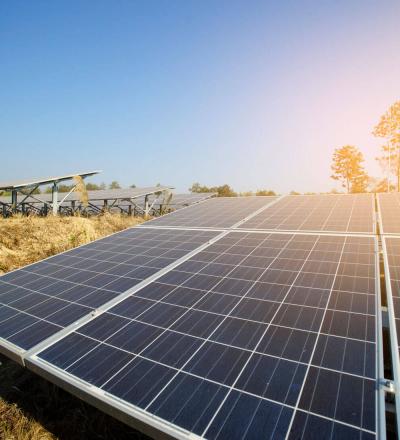