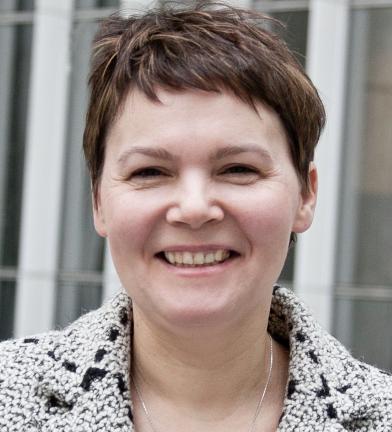 Olga Sclovscaia is the Regional Head of Europe and Central Asia at the Multilateral Investment Guarantee Agency (MIGA), the political risk insurance and credit enhancement arm of the World Bank Group.  Based in Paris, Ms. Sclovscaia leads MIGA’s business development and involvement in projects across both geographic regions.

Ms. Sclovscaia joined MIGA in 2000 and has since held previous senior positions in the organization.  In her prior role as Global Head and Sector Manager for Financial Institutions and Capital Markets (2012-2019), she led a team that substantially increased its volume of coverage issued and its impact, including the first MIGA guarantee for a public bond issue.  Ms. Sclovscaia was instrumental in developing MIGA’s credit enhancement guarantees for financial obligations of state-owned enterprises.

She brings a wealth of private sector experience to her role.  Prior to joining MIGA, she worked in the Structured Finance Department of ABN Amro Bank in Amsterdam, the Netherlands, where she helped build an alternative risk distribution team and executed various risk mitigation solutions for the bank with public and private sector providers.