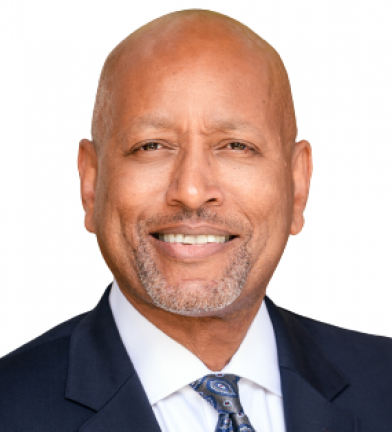 Ethiopis Tafara is Vice President and Chief Risk, Legal and Administrative Officer for the World Bank Group’s Multilateral Investment Guarantee Agency (MIGA). He joined MIGA in September 2019 and is responsible for the supervision and oversight of MIGA’s Finance and Risk Management Group, the Economics & Sustainability Group and the Legal Affairs & Claims Group. He also oversees MIGA Partnerships, with an aim to leverage strategic alliances and promote greater investment flows into emerging markets through more extensive risk coverage.

Mr. Tafara previously served as Vice President and General Counsel for the International Finance Corporation where he was responsible for IFC’s non-financial risk management, including the Legal, Compliance and ESG functions. In that role, he modernized and strengthened IFC’s business risk and compliance functions, expanded IFC’s reach and reference as a leader in sustainable finance, and helped enhance cooperation across the World Bank Group. He promoted an integrated business model, drawing on internal and external legal resources to better deliver on IFC’s development mandate, and advanced legal capacity building in the private sector across emerging markets.  He was named as Financial Times Global GC 25 in 2018.

Mr. Tafara joined IFC in April 2013 from the U.S. Securities and Exchange Commission, where he served as the Director of the Office of International Affairs. During his tenure, he advised the Commission on the international explication relating to the implementation of the Sarbanes-Oxley, and Dodd-Frank Acts and significantly expanded the SEC’s capacity-building programs for regulators and oversight bodies across emerging markets. Mr. Tafara has also been recognized for his leadership in facilitating cross-border investor access by promoting mutual recognition of comparable regulations across markets. The adoption of this approach has promoted adherence to higher-quality standards across securities markets. Mr. Tafara was awarded the prestigious Chairman’s Award for Excellence in 2008.

He practiced as a regulatory lawyer for close to 20 years, focusing on international securities regulation and cross-border law enforcement litigation. He is a recognized thought-leader on the regulatory and governance standards underpinning global securities markets. He has advised developing countries on the reforms needed to grow capital markets and has led in the formulation of standards for regulators, oversight bodies, and securities markets' participants around the world.  In that connection, Mr. Tafara held leadership positions in several international bodies, working to advance global standards for securities regulation and codes of conduct for market participants. He has served as the Vice Chairman of the Board of the International Organizations for Securities Commissions (IOSCO), the Chairman of the Public Interest Oversight Board Monitoring Group, the SEC Deputy to both the Financial Stability Board (FSB) and the IFRS Foundation Monitoring Board, and led IOSCO task forces to set standards and codes of conduct for rating agencies and accounting firms following the financial scandals in the 2000s.

Before joining the SEC, he worked at the U.S. Commodity Futures Trading Commission as Counsel to the Chairman, and in the Chief Counsel’s Office of the Division of Enforcement. He started his legal career in the Brussels office of Cleary, Gottlieb, Steen, and Hamilton.

In 2015, Mr. Tafara was appointed to the Board of Trustees of the International Valuation Standards Council (IVSC), the global standard setter for valuation of real estate, businesses and financial instruments.  In 2019, he was appointed as a Public Governor on the Board of Governors for the Financial Industry Regulatory Authority (FINRA).

Mr. Tafara holds a JD from Georgetown University Law Center and an AB from Princeton University. Mr. Tafara is a US national. He was born and grew up in Ethiopia and speaks Amharic, French, Italian, and Spanish, in addition to English.