When Business is Good for the Environment EcoPlanet Bamboo in Nicaragua

EcoPlanet Bamboo is seeking to transform the timber industry with an idea that is good for the environment and local communities.

When Business is Good for the Environment EcoPlanet Bamboo in Nicaragua

March 28, 2013—More than 17 percent of carbon dioxide emissions result from forest deforestation, making it the third largest source of greenhouse gas emissions. And, as the earth’s population increases, the demand for timber continues to grow. Substituting hardwoods for a sustainable alternative would be an easy way to reduce emissions. But how?

Enter bamboo. It grows quickly, needs little water, absorbs carbon dioxide, and survives cutting to grow to harvest again in three to seven years. It also happens to be stronger and more flexible than hardwood. The world hasn’t already switched to bamboo for its timber needs for primarily one reason: a steady and significant supply of raw material to industries that use traditional wood has not been achieved.

EcoPlanet Bamboo has plans to accomplish this and has a vision to make bamboo the timber of the 21st century.

“Anything hardwoods can do, bamboo can do better—and sustainably,” says Troy Wiseman, CEO of EcoPlanet Bamboo Group. “The constraint has been that growers have not hit a sufficient scale and professionalism to access the markets needed to have this take off.” He added, “This is what we plan to do.”

When seeking a location close to the United States, EcoPlanet Bamboo chose to base its operations in Nicaragua. This investment, backed by MIGA guarantees of $27 million, is financing the purchase and conversion of degraded land into commercial bamboo plantations for the sale and export of bamboo fiber. The company plans to establish a pre-processing facility for the production and sale of its Forest Stewardship Council-certified bamboo fiber. The fiber will be targeted for U.S. and multinational timber manufacturers for use in industries such as laminates and composites for construction and furniture, pulp and paper production, and the generation of renewable energy. Waste and lower value culms will be used for biomass energy to fuel the company's needs, with excess being sold to the local grid.

MIGA’s insurance was critical to this client: “Put simply, MIGA's backing gave us the ability to double our investment in Nicaragua,” said Wiseman.

EcoPlanet Bamboo made a strategic choice to locate its Nicaraguan plantations close to the country’s abundant rivers, to take advantage of water transport when the bamboo is ready for harvest and shipping. The El Rama location also has a particular benefit from a development perspective: the plantations are bringing jobs to one of the poorest regions of the country, the remote Atlantic coast.

The new project's impact on the local economy—including employment generation, land improvement, and workers' skills upgrading—is already evident. The company’s initial investment into Nicaragua has generated over 300 jobs in a region with high unemployment and has restored 4,800 acres of degraded land into bamboo plantations—improving biodiversity and reducing pressure on surrounding forests. EcoPlanet Bamboo is diligent about sourcing from local suppliers and creating indirect employment. The company’s philosophy ensures that contributions to the local communities foster good relations, support education, and improve livelihoods.

“This is a strong investment that brings international standards as well as social and environmental responsibility to one of the most underdeveloped areas of Nicaragua,” said Marlon Valdivia Campos, an advisor at the company’s Central American headquarters. “In an area where there was little work, EcoPlanet Bamboo is employing hundreds of heads of families, creating indirect employment, and spreading a culture of progress.”

The company places value on employing workers that might otherwise be marginalized. Thirty-seven percent of staff is female and, of these women, over 30 percent are supervisors. EcoPlanet Bamboo doesn’t shy away from hiring people with disabilities: if they are determined to be a good fit and are able to work, they have a job. In addition, an in-house literacy program boasts 11 graduates.

In a major milestone for both the forestry and climate change arenas, last November EcoPlanet Bamboo became the first company to receive carbon validation through the Verified Carbon Standard for its bamboo plantations in Nicaragua. In a country and category that have traditionally not benefitted from significant carbon finance, this achievement solidifies the social and environmental impacts that the company is making locally, regionally, and internationally.

EcoPlanet Bamboo’s decision to locate in Nicaragua also points to the great strides that country has made to attract investment. Over the past decade, Nicaragua has maintained disciplined macroeconomic policies that have underpinned average growth rates of around 3.5 percent, even in the midst of a global economic downturn. According to the World Bank, the government’s relationship with the private sector has improved markedly. This includes achieving a broad-based consensus on the need to maintain macroeconomic stability, promote both private domestic and foreign investment, and address lagging productivity and export competitiveness. Non-traditional agricultural exports—like bamboo—are a target growth area for the country.

To be sure, much promise has gone into EcoPlanet Bamboo’s investment in Nicaragua for the country and for the underdeveloped region it calls home. This, paired with the company’s vision to transform the timber industry and reduce its significant effect on climate change, means that a lot is riding on the nurseries of seedlings that dot EcoPlanet Bamboo’s plantations. Planted by hand and nurtured for at least three months before being planted in the fields, these seedlings are symbols of hope—and very good business. 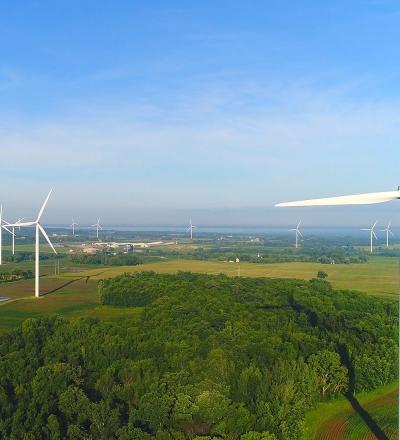 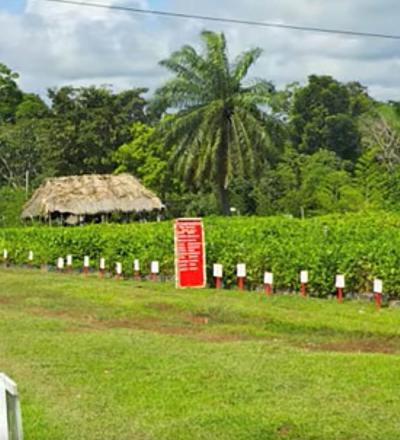