A Personal Accounting Led Aïssata Béavogui Back Home to Guinea

Taking a leap of faith, the recipient of the MIGA 2020 Gender CEO Award left a stable career in accounting to return home and make a difference.

Aïssata S. Béavogui is the Director General of Guinea Alumina Corporation (GAC), a bauxite-mining venture in Guinea which began production in July of last year and now employs 1,000 Guineans. Béavogui, who lived and worked in the U.S. before moving back to West Africa, is the first woman to hold the title of Director General at an international company in Guinea. For her achievements there, she is the recipient of this year’s MIGA Gender CEO Award.

Congratulations on the award! Tell us what it means for you.

I am very grateful and honored to receive this leadership award, and hope it gives me a platform to inspire, mentor, and have a positive impact on the youth and women in my country.

Please tell us a bit about your background.

I was born in Guinea, raised in Senegal, and then came to the U.S. for college. I went to Binghamton University in upstate New York. I wanted to go to New York University in Manhattan, but my dad worried that I would party too much and get distracted. So, he sent me to Binghamton, where it snows—unlike in Senegal, where it is sunny 362 days of the year.

I suppose he was right though, it was very cold, and all I did was study hard so I could get back to a warmer climate!

Senegal to Binghamton is quite a jump! What were your first impressions?

In West Africa, we eat rice every day, and that’s what I missed the most in Binghamton. There was simply no rice anywhere I went, until I discovered a sushi place. I was delighted that they served rice, but my first experience wasn’t a completely pleasant one. Let’s just say I mistook wasabi for guacamole and ate more at one go than I should have.

Wasabi incidents aside, how did you prepare for studying in the US?

My Dad really was the catalyst for my move to the U.S., and he steered my preparation. He ensured that I knew how to touch type with all ten fingers, and the summer before, he enrolled me in English classes, after which I took my Test of English as a Foreign Language (TOEFL).

Your degree was in accounting, did you always want to study that?

No, I wanted to study communications. I was great in literature, and had grown up reading Aimé Césaire, Shakespeare, Victor Hugo and Voltaire. So, I thought I would study communications in college and become the next Oprah. Oprah was a woman, and she was black, and she was a billionaire. Everything matched, ding, ding, ding! And Oprah touches so many people through her show—she helps people.

But my Dad again gave me a reality check, he said: “What is the likelihood that this is going to happen for you? You are black, from Guinea, and on an F1 visa. Oh, and you’re a girl—that makes things even tougher. So, how is the job market for communications going to open up for you?”

I realized he was right, and decided that I needed to study accounting, bar none. Accounting is the backbone of any industry. You need financial numbers, and from there you can branch out to anything. It worked out because after college I became an auditor, then moved to compliance, and here I am now.

Did you enjoy accounting?

Not really. I didn’t know the hours would be so long. I used to audit the World Bank, and their year-end was June 30th, so my summer was gone. I left home in the dark, and that was really late because if it’s dark in the summer, you’re leaving at something like 10 p.m.

Is that what made you want to go back to Guinea?

As an accountant, I felt like I was just adding up numbers and not making a difference. It became a routine, so the answer is ‘yes’. I told myself that I had to make a change before I regret it. The worst thing that could happen would be that I move back to the U.S. So, I decided to go back to my country in 2013, and work because I wanted to be part of something bigger. 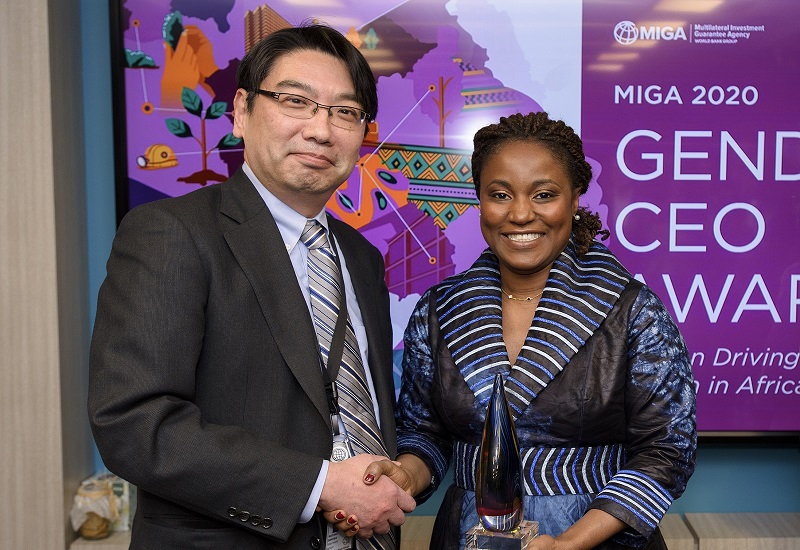 How was the transition to life in Guinea?

It was difficult because Guinea is an underdeveloped country. But it’s also very rewarding because you’re closer to family, and you understand your culture. For me, what was so fundamental was I could contribute. The U.S. is already a developed country, so I didn’t feel like I was doing enough to make a significant change. But in Guinea, I can bring about a new way of doing things, and I can see with my own eyes how people’s livelihoods have changed, and how GAC is improving the way they live.

Your first job with GAC was in compliance, how did you go about taking on this challenging role?

If you recall, Guinea was being rocked by Ebola in 2014. The biggest challenge the country had was that citizens couldn’t call and report incidences, and to help fix this Guinea got its first 1-800 number so people could report cases.

At GAC, we decided we could do the same thing to help people report corruption. So, that was the time GAC became the first private company in the nation to have its own 1-800 number for reporting corruption.

What are your duties now?

As Director General, I am in charge of government relations, communications with all stakeholders in GAC, and community activities. Last year, I also became the head of corporate social responsibility, and we’re currently going through a review of our relationship within the local community. So far, 67 percent of those surveyed report a positive perception of GAC, which is the highest rating for a mining company in Guinea. We’re seen as a company that does what it says, and is transparent and reliable.

It’s already hard for women to secure a leadership position in any industry. In mining, it’s doubly hard.

I will say that it helps when you’re competent, if you’re well-trained with a marketable skill (like accounting) that can be applied across industries, and you know that you’re technically capable, then nothing can stop you, in mining or any other industry.

There’s also a lesson we need to learn from men: they go up the ladder because they network, they help each other. Malado Kaba (economist and Guinea’s first female Minister of Economy and Finance) saw that I was moving up in GAC, and she reached out. She pushed me to get on more boards so that seeing women in power becomes the norm. We can’t remain the exception, and the only way to do that is to support each other.

How is GAC helping empower women and the local community?

An effort I am particularly proud of is financial inclusion. When we access land for mining, we’re getting it from communities, and we have to compensate those communities. Usually, land in Africa belongs to men, so, every time we provide compensation, men show up. But it is usually the women who grow the crops on the land. So, we ensure that owner and user are both compensated.

Also, when a project starts, people come to look for work. The more the corporation grows, the more you need schools, hospitals, and roads, and the community has a say in that, but, usually, it’s men who are represented on these planning committees. So, GAC, for the first time, made sure women are represented on those committees. We went from zero women to 35 percent in one year. 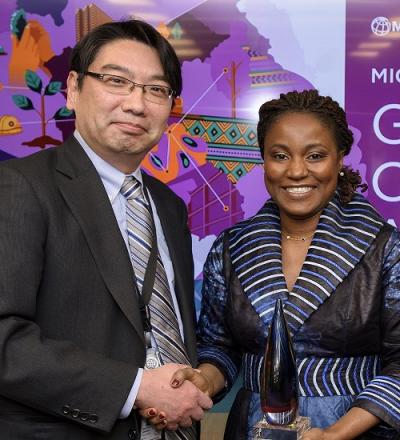 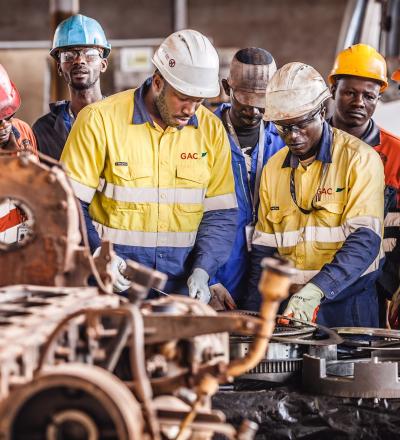