Keeping the Private Sector Thriving in the West Bank and Gaza

The West Bank and Gaza Investment Guarantee Trust Fund is mobilizing investments to generate jobs in the Palestinian Territories.

February 06, 2013 — Several new MIGA-supported investments throughout the Palestinian Territories are breathing new life into industry and creating steady employment. These include several agricultural enterprises in Jericho, dairy products and packaging enterprises in other areas of the West Bank, and a beverage company in Gaza. All of these investments are being insured against political risk by the West Bank and Gaza Investment Guarantee Trust Fund administered by MIGA on behalf of its current sponsors—the Palestinian Authority and the Government of Japan. The Trust Fund was established with donor contributions in 1997 as way to support private investment into the West Bank and Gaza, which were not eligible for MIGA’s regular investment guarantees. This follows the 1993 establishment of the Trust Fund for Gaza and the West Bank by the World Bank to undertake its development work in the Territories.

Because of a rapid deterioration in the political and investment climate triggered by the second Palestinian Intifada in 2000, the MIGA-administered fund suffered from a long period of inactivity. But an improvement in the overall political and investment environment in the West Bank and Gaza and the modification of the Fund’s rules in 2008 allowing it to provide coverage for local private sector investment has turned the tide. In fact, new resources are being sought as the Fund approaches its capacity. “We’re delighted to be in a position where we need to be thinking about replenishment,” says Nabil Fawaz, MIGA’s Head of Agribusiness, Manufacturing and Services. “The private sector has shown remarkable resilience in the face of great obstacles and the investments we’ve supported are generating jobs, contributing to foreign exchange earnings, and delivering new technology.”

Fawaz and MIGA Executive Vice President Izumi Kobayashi visited the West Bank in November 2012 and had the opportunity to see the results first hand. They toured the Nakheel Date Farm, the Al Jebrini Cheese Industry, Al Haram ​for P​lastic Manufacturing, and Nature’s ​Produce. “All of these companies are operating in a very difficult environment,” says Kobayashi. “They face daily challenges in moving goods and accessing materials, yet they are determined to move ahead because they see they have a crucial role to play in sustaining economic activity when the public sector is so financially constrained.”

In fact, most of the investors the MIGA team met see themselves as playing an important role in maintaining the social fabric. “We saw processes that could have been automated by machinery,” says Fawaz. “And yet, the companies chose to hire employees to carry out these tasks.” At the same time, these investments are bringing new business practices and products to an underserved market. Prior to the expansion of Al Jebrini, for example, there were no companies in the Palestinian Territories producing processed cheese due to lack of knowledge, lack of required quality and hygiene standards, and high investment costs. The availability of locally produced cheese will in turn bring down the costs for consumers who previously only had access to imported products – and should generate some healthy competition.

To facilitate the work of the Fund on the ground, Layali Abdeen serves as MIGA’s local representative in the West Bank. “A local presence really facilitates our underwriting work in this challenging environment,” says Fawaz. “It really helps us to develop more effective relationships with local investors.”

Looking ahead, the Fund has an increasingly important role to play as the fiscal crisis in the West Bank and Gaza persists and local and regional political uncertainty continues unabated. “With the Fund covering some of the key political risks investors face, we hope they can turn their focus to the commercial side of their operations and generate the revenues so desperately needed,” says Abdeen. 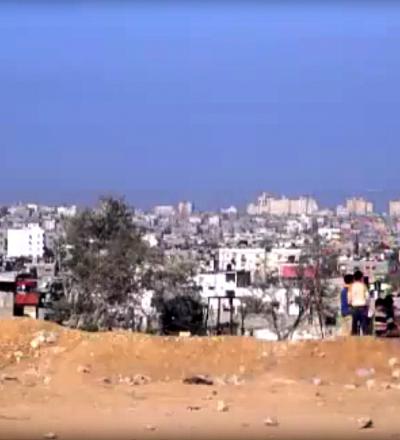 Keeping the Private Sector Thriving in the West Bank and Gaza 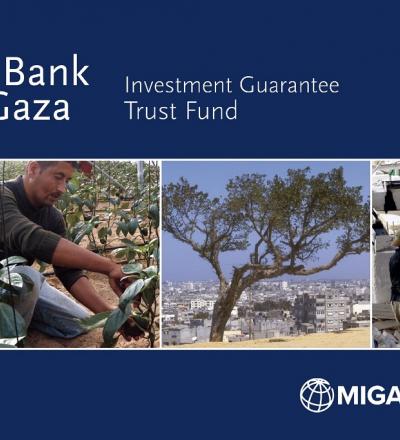