Hungary Ex-Im Bonds Get to Investment Grade with MIGA

MIGA’s first use of its non-honoring of financial obligations cover for a capital markets issue will benefit Hungarian exporters.

Exports are a bright spot in Hungary’s economy, an important source of commerce and jobs. Nearly 90 percent of the country’s GDP has its home in the export sector, which is dominated by small and medium enterprises. Even in the face of the global financial crisis that hit Eastern European countries so badly, the country’s export sector stayed buoyant and credit demand remained robust.

But the crisis did exact its toll as lending for the Hungarian corporate sector declined sharply, mainly as a result of tighter credit allocation from the banking sector. The government realized that, in this context, exporters play an even more important role: as domestic consumption and investment also fall, outward-looking sources of economic activity are more critical.

As an export credit agency, the mandate of Hungary’s Exim is to provide alternative or supplementary financial tools to fill gaps in trade finance created by commercial banks’ lack of capacity or willingness to absorb risk. Ultimately, this serves Exim’s mission to create and maintain jobs in the country and develop the national economy.

During the credit crunch, the Hungarian government mandated Exim to provide more, affordable financing to Hungarian exporters. The agency was hard-pressed to deliver on a tough mandate in difficult market conditions—in short, to look for a creative solution.

For over 25 years, MIGA has insured investments into developing countries against political risk in order to facilitate productive foreign direct investment that boosts development, creates infrastructure, and produces jobs.

Increasingly, MIGA is becoming known in banking circles for its ability to enhance the risk profile of a broad range of financing structures through the use of its non-honoring of financial obligations coverage. This coverage protects investors and lenders against non-payment by a sovereign, sub-sovereign entity, or state-owned enterprise.

Until recently, the primary users of this credit enhancement have been commercial lenders that provide loans to public-sector entities for infrastructure and other investments that require large amounts of capital and project financing. The benefits of this insurance accrue to the developing countries where these investments are made, in the form of reduced borrowing costs, longer tenors, and compliance with environmental and social standards that represent international best practice.

But MIGA has wanted to go further and the Agency has been looking for more creative applications of our credit enhancement tools, knowing that it has tremendous potential to bridge emerging-market financing gaps.

MIGA’s support to Hungary Exim presented the perfect opportunity to accomplish this. At the end of September, MIGA backed a €400-million bond issue by Hungary’s Export-Import Bank (Exim) that made big financial news. The bonds will expire in February 2019 and carry a coupon of 2.125 percent. The novelty was that MIGA’s non-honoring of financial obligations cover—which in this case protects investors in case the Hungarian government does not honor its obligation to cover Ex-Im’s debts—raised the bond issue from non-investment grade to investment grade. Covering this bond issue represented an important milestone for MIGA, representing the first time MIGA used its non-honoring of financial obligations cover for a capital markets transaction.

The very positive results of this rating improvement were several-fold. First, Exim achieved a savings of approximately $25 million that it will use to directly support Hungarian exporters. Second, the issue was significantly oversubscribed, garnering very strong interest from international investors. Buyers of the bond included investors from the Benelux countries, Germany, Japan, Norway, and Switzerland who would not usually have bought Hungarian or Eximbank bonds. Last, the issue introduced a new model for emerging markets to raise capital that harnesses the power of the private sector and the backing of an international development institution. A win-win-win situation indeed.

An additional, indirect development effect of bolstering Exim’s lending ability deserves note. As it does not possess its own branch network, Exim closely cooperates with Hungarian commercial banks in order to reach small and medium enterprises through their distribution networks. This cooperation supports the stability of the Hungarian banking sector in general, as Exim provides long-term refinancing facilities, strengthening liquidity.

The Post-International Financial Crisis World: How Emerging-Market Financing and Capital Markets Have Changed

The global financial crisis and its aftermath put the need for diversified financing options for developing countries in stark relief. National governments who were traditional donors around the world reduced official development assistance as they tightened their fiscal belts. This happened at a time where the aid landscape overall has shifted significantly.

While just over ten years ago development assistance was overwhelmingly provided by traditional donors, today other kinds of funding continue to grow. These include less-concessional flows, and assistance from philanthropists and global funds. The use of private-sector instruments blended with support from the public sector and multilateral institutions is a trend that is also increasing—and with good reason. Done well, investors can make their profits while public institutions can fulfill their mandates, and industries can create jobs.

From the perspective of capital-markets investors and issuers, the financial crisis had an important impact as well. The crisis resulted in a significant dearth of highly-rated capital market issues. This means that there is a market gap that needs to be filled, and instruments like MIGA’s credit enhancement products are very well-placed to help accomplish this. 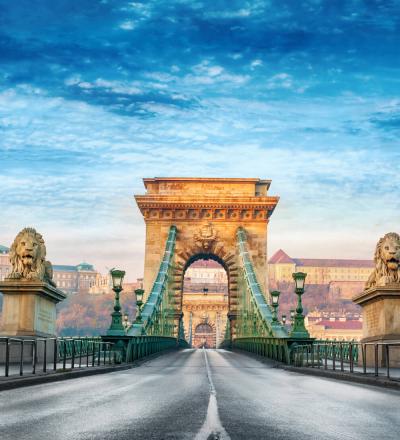