In December 2007, MIGA issued a guarantee of $88.3 million to Ormat Holding Corp., a Cayman Islands-registered subsidiary of Ormat Technologies, Inc., for its $98.1 million equity investment in OrPower 4, Inc. in the Republic of Kenya. The coverage is for up to 15 years and covers the risks of war and civil disturbance, transfer restriction, and expropriation. This issuance replaces an earlier guarantee issued by the agency to cover investments into the first phase of the project only. The expanded guarantee covers both the first phase of the project and the investor’s additional investments of $50 million for the second phase.

The project consists of the design, construction, management and operation of a base-load geothermal power plant with a combined capacity of 48MW on a Build-Own-Operate basis in the Olkaria geothermal fields of the Rift Valley, 50 kilometers northwest of Nairobi. Electricity generated by the plant will be sold under a 20-year power purchase agreement with the national power transmission and distribution utility in the country—the Kenya Power & Lighting Company Limited.

The project is designed to alleviate the severe power shortages that have hampered economic growth in Kenya. Only about 15 percent of the total population in the country has access to electricity, with frequent blackouts and a large number of customers awaiting connections. Increased power supply is expected to contribute to economic growth in rural areas, thereby reducing migration to urban areas and the cities.

The project utilizes indigenous geothermal fuel resources, thus lowering Kenya’s dependence on imported thermal energy. The project will reduce Kenya’s exposure to fossil fuel price fluctuations—especially relevant in the light of current fuel prices of around $100 per barrel. Geothermal electricity production does not result in any of the conventional air pollutants associated with other fossil fuel generation options. The project is therefore expected to improve local and regional air quality. Other benefits include avoidance of greenhouse gas emissions.

The plant is situated in a rural area with high unemployment rates, and is expected to hire up to 200 new full-time employees and possibly up to 500 part-time employees during the construction period for the second phase. Local employees will benefit from a significant transfer of skills and technology. The project is also expected to contribute to the economy through local sourcing of goods and services.

This project is aligned with the World Bank Group’s strategy to facilitate private sector involvement in infrastructure development in Kenya, and it also responds to the Bank Group’s concerted efforts to promote renewable energy. This project meets several of MIGA’s priorities as it supports a South-South investment in the power sector in an IDA-eligible country in sub-Saharan Africa. 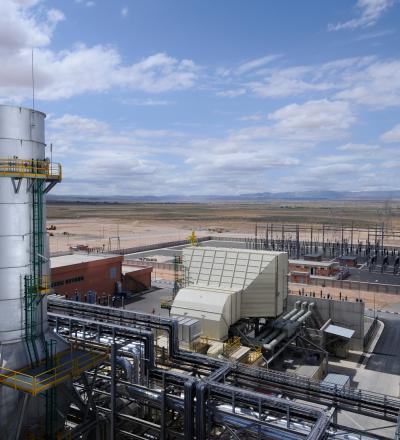