WASHINGTON DC, February 22, 2019 – In late 2014, MIGA issued $36.6 million in guarantees to support the construction of a manufacturing plant that produces flexible packaging for consumer goods, including diapers and home care products. Some four years since then, the Elif Egypt plant - now with a production capacity of 15,000 metric tons per annum - has prompted its key client to purchase close to all of its packaging materials locally, compared to 40 percent before the plant became operational.

An example of the renewed and sustained faith among investors in Egypt, the Elif plant is part of an uptick to $8 billion in FDI flows in 2016 to the country, as compared to -$480 million in 2011.

MIGA provided US$13 million for Turkey’s Elif Global’s equity in the plant, as well as for loan guarantees issued by the company, alongside loans from IFC and Germany’s LBBW. MIGA guarantees for the equity were for up to 15 years, and 10 years for the loan guarantees, covering against the risks of Transfer Restriction, Expropriation, and War and Civil Disturbance.

“Our support for this world-class manufacturing plant in Egypt aimed to increase the confidence of foreign investors in the country,” said Keiko Honda, CEO of MIGA. “I am very proud of what has been achieved, at minimal cost to the Government.”

Elif Egypt showcases the strengths of investments between south-south countries: the plant is the first in Egypt to receive a BRC certification, a prestigious packaging standard, and is also a stepping stone for a major Turkish manufacturing company as it expands and grows.

MIGA’s guarantees were issued at a time when the availability of political risk insurance by way of private insurers was limited. MIGA’s flexibility on pricing and the ‘umbrella effect’ of support from the entire World Bank Group was a primary consideration for Elif when building its first plant outside of Turkey.

“Our investment in the Elif plant was part of a strategic plan to expand our presence not only regionally, but globally,” said Elif. “MIGA insurance was of paramount importance when making our decision.’ 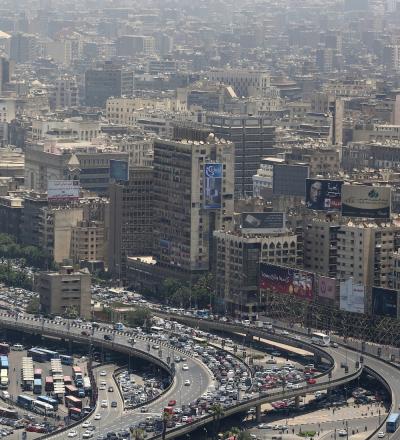