MIGA Issues $1.1b in Guarantees to Support Natural Gas Pipeline from Azerbaijan to Europe

WASHINGTON DC, July 12, 2018— MIGA, a member of the World Bank Group, has issued US$1.1b worth of guarantees in support of the approximately 1,850km long Trans-Anatolian Natural Gas Pipeline ('TANAP'), which will transport natural gas from Azerbaijan to Europe. The fifteen-year guarantee is being offered to cover AKA Bank, Citi, Crédit Agricole CIB, ING, LBBW, Santander and Société Générale for their loans to Southern Gas Corridor CJSC ('SGC CJSC'), a special purpose vehicle overseeing the Government of Azerbaijan's interests in the Southern Gas Corridor Program, and a key shareholder in TANAP.

MIGA's guarantees provide protection in the event the Republic of Azerbaijan fails to honor its sovereign guarantee on SGC CJSC's payment obligations under the loans.

"MIGA's guarantees are playing a critical role in securing commercial financing on competitive terms," said Keiko Honda, CEO and Executive Vice President of MIGA. "Moreover, close coordination with the IBRD on due diligence ensures that TANAP is in line with international best practices."

TANAP was inaugurated in June 2018 on time and under budget, and by 2020 is expected to transport 16 billion cubic meters per annum ('bcma') of natural gas. Some 6 bcma will be delivered to the European and Turkish gas market.

The pipeline is one of four projects making up the Southern Gas Corridor Program, which aims to transport gas from Azerbaijan's Shah Deniz gas field to Italy through Georgia, Turkey, Greece and Albania. The Program supports Azerbaijan's upcoming gas exports, but also helps improve regional energy infrastructure connectivity, the diversification of Europe and Turkey's energy supply, and energy security in the region.

SGC's General Director Afgan Isayev having noted that Southern Gas Corridor Project will enable the delivery of Azerbaijani gas to Turkish and European energy markets and will provide significant contribution to the development of Azerbaijan's economy, said "This transaction is a landmark deal of its type for MIGA and Azerbaijan as it represents the first ever deal concluded between the parties. We remain hopeful that this will pave the way for further collaboration and MIGA's further involvement in projects initiated by Azerbaijan. We also understand that guarantee extended by MIGA to commercial banks under this transaction is one of the largest ever guarantees provided by MIGA, and we feel proud for being entrusted such a privilege." 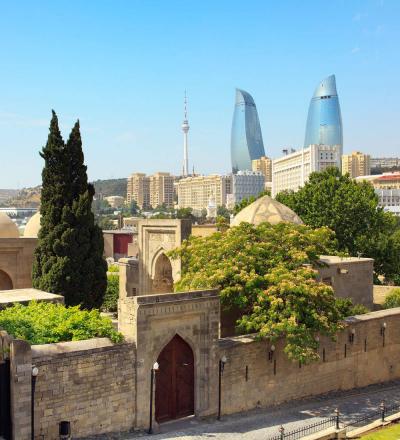