​MIGA Backs Roll Out of 4,000km of Fiber Optic Cable in Myanmar

WASHINGTON DC, August 1, 2018 — MIGA, a member of the World Bank Group, has issued a guarantee of $114.76m for the installation and maintenance of 4,000km of fiber optic cable across six states and eight metropolitan areas in Myanmar. The guarantee supports a national ambition to make Myanmar a mobile-first, digitally connected nation that sees 90 percent of the population connected by a telecommunications network by 2020.

Covering loans from the Industrial and Commercial Bank of China (Asia) Limited ("ICBC (Asia)"), to Myanmar Fiber Optic Communication Network Co., Ltd., the guarantee provides protection for five and a half years against the risks of Transfer Restriction, Expropriation, and War and Civil Disturbance.

Importantly, the guarantee is supported by $22.95 million from a facility (MIGA Guarantee Facility) being financed through the International Development Agency (IDA) Private Sector Window. The Facility is designed to reduce project risk, and catalyze private sector investment in IDA and conflict-affected countries like Myanmar.

"Connecting Myanmar's rural and low-income urban population is a high priority for MIGA," said Keiko Honda, CEO and Executive Vice President of MIGA. "We're focused on helping the economic and social development of a country still affected by the fallout of war and civil disturbance."

MIGA also backed an earlier phase of the nationwide program in January 2017 to lay down fiber optic cable, which helped advance the construction of a 4,500km fiber optic network. The first project was completed in October 2017, and the current project is expected to be completed within a year.

The second project is crucial for the strength of Myanmar's telecommunications network, which has historically ranked at the bottom of the pack among Southeast Asian countries, as it now seeks to increase connectivity across the country.  In 2013, Myanmar had low rates of mobile cellular penetration (13.2 percent), fixed telephone lines (1.0 percent), and mobile broadband internet use (1.1 percent). By 2017, however, mobile cellular penetration rates jumped to 90.5 percent, owing to a new Telecommunications Law and the deregulation of the telecommunications sector. Nevertheless, Myanmar lags other developing countries, and investment in telecommunication infrastructure across the country is urgently needed.

The project will complement Myanmar's growing telecommunications network as more rural and low-income consumers gain access to cost-effective telephone and broadband internet plans. Some 3,300km of direct-buried cable will be installed in rural areas, while 700km of cable will be rolled out in metropolitan areas.

"MIGA's guarantee coverage was essential for our support for this project. Without the Agency's support, it would have been a challenge for us to provide the debt financing needed," said Samuel Tong, Deputy Chief Executive of Industrial and Commercial Bank of China (Asia) Limited.

The project marks the fourth supported by MIGA in Myanmar and furthers the Agency's goal of facilitating more investments into fragile and conflict-affected IDA countries.

This year marks MIGA's 30th Anniversary.  Over the last three decades, MIGA has directly supported almost $50 billion in investments for over 845 projects in 111 developing countries. 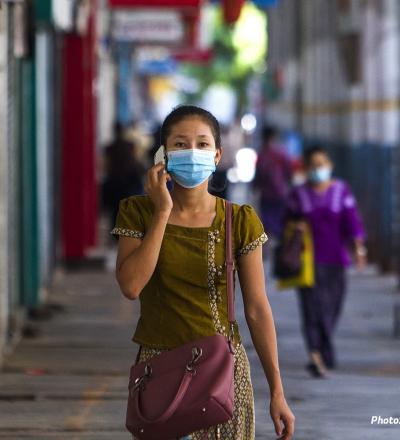