Washington DC; Abuja, October 26, 2015 –The Multilateral Investment Guarantee Agency (MIGA), the political risk insurance and credit enhancement arm of the World Bank Group, along with Seven Energy International Limited (Seven Energy), announces its first engagement in Nigeria's gas sector today. Seven Energy's processing facility and pipelines have commenced delivering gas to three power stations and two manufacturing plants—and are expected to have a significant development impact in a country suffering from a severe energy shortage due to the lack of infrastructure to bring gas to the domestic market.

Most international oil and gas companies in Nigeria are focused on offshore oil, while gas is often considered a byproduct and re-injected, liquified for export, or flared. Yet, despite the country's enormous natural gas reserves, only one third of power is supplied from the national grid. Those connected to the grid face multiple daily power cuts and 55 percent of the population has no energy access. In response, the Nigerian government created the Gas Master Plan in 2009 to increase the gas supply and jumpstart investments in gas infrastructure through market-based pricing, strengthened regulation, increased contract enforceability, and better-aligned incentives.

MIGA is providing a guarantee of $200 million against the risk of expropriation to Seven Energy's wholly-owned subsidiary, Accugas Ltd. The investment has a strong environmental profile, as Seven Energy's operations will reduce gas flaring and displace more-polluting fuels such as diesel and biomass.

MIGA's backing of Seven Energy forms part of new generation of jointly developed World Bank Group solutions. In addition to MIGA's insurance, the World Bank supports the country's sector reforms while the IFC itself and an IFC-managed fund have jointly invested in Seven Energy in Nigeria.

"MIGA's involvement is an important part of the financial security package that enables us to invest for the long term in Nigeria's gas sector—a decision that we expect will be good not only for our business, but also for Nigerian citizens, companies, and the economy as a whole," said Phillip Ihenacho, Chief Executive Officer of Seven Energy.

"On energy, Nigeria is at a crossroads," said the agency's Executive Vice President and CEO, Keiko Honda. "MIGA is very pleased to be part of the country's efforts to reduce its negative impact on climate change by moving toward cleaner energy and reducing gas flaring."

Seven Energy International Limited is an independent Nigerian oil and integrated gas exploration, development, production and distribution company founded in 2004. With the backing of strategic long-term investors and main offices in Lagos and London, the Group has a unique focus on the emerging Nigerian domestic gas market. 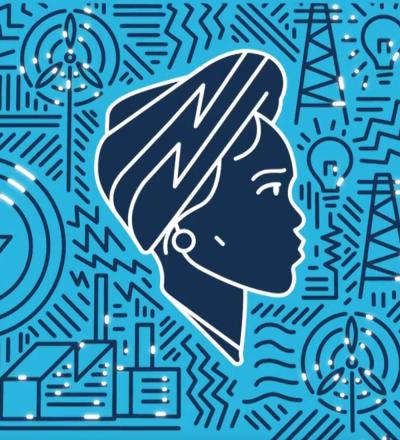