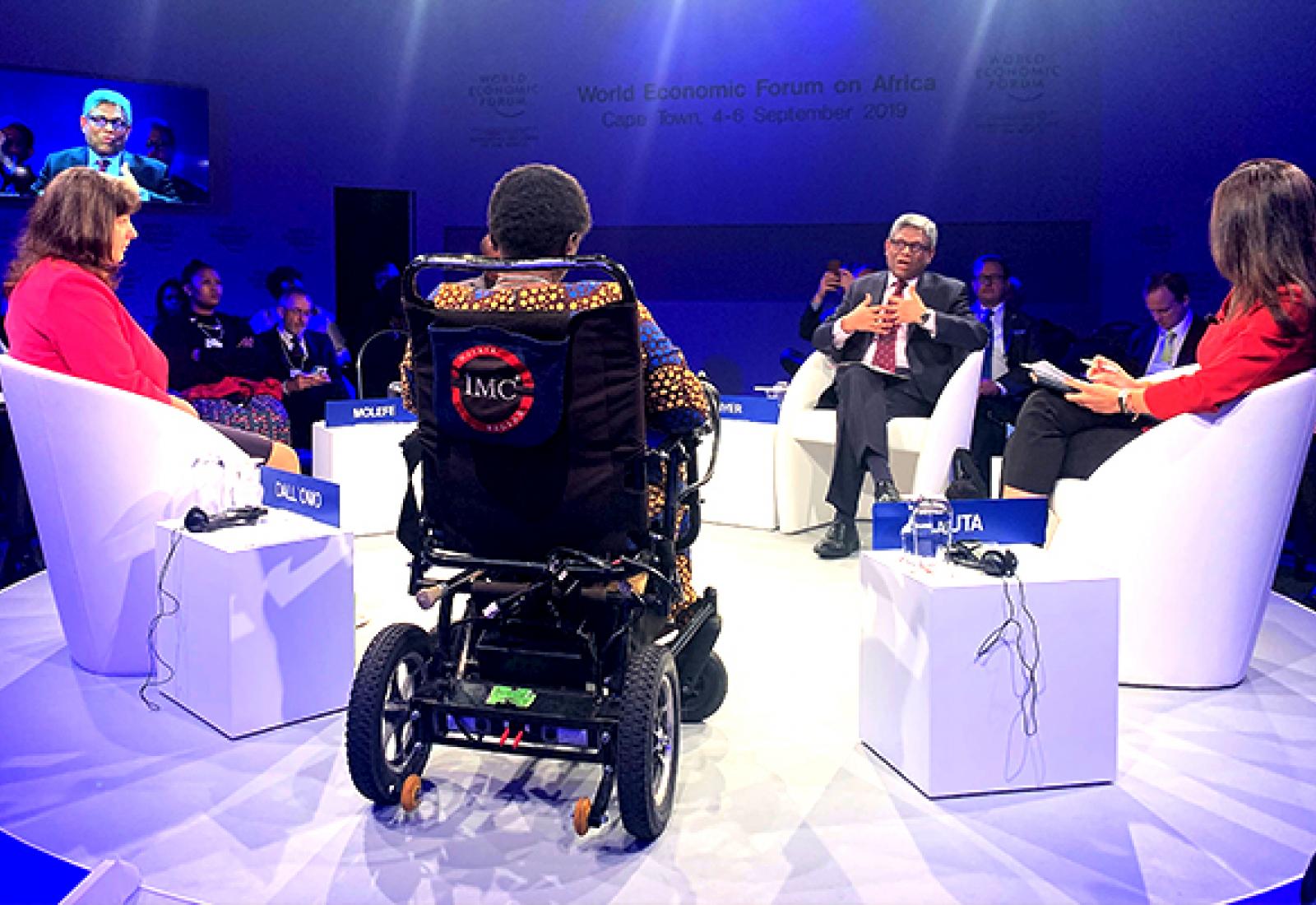 “Africa’s annual infrastructure gap is estimated to be in excess of $170b, which extends beyond the budgetary capacity of most sovereigns. Private and foreign direct investment can bridge this critical gap provided there are strong enabling environments. Investments in select markets are often fraught with political, economic and currency risks” S. Vijay Iyer, Vice-President & Chief Operating Officer of MIGA

As part of his engagements, the Vice-President participated on a panel that discussed an infrastructure strategy for the region, by leveraging private finance, governments and businesses. Citing case studies where MIGA has provided guarantees, Vice-President Iyer discussed the critical role that foreign direct investment can play in accelerating infrastructure development particularly when countries face budgetary constraints.

Vice-President Iyer noted, ‘MIGA can play a helpful role in “de-risking” private investment by insuring investors against political risks. Such support enables the flow of capital into sectors which are critical for growth and development’

On the sidelines of the Forum, Vice-President Iyer also met with a number of private investors to better understand their investment projects and pipelines, and to discuss the role that MIGA could play in supporting their investments into the continent.

The Agency’s gross exposure in Sub-Saharan Africa as a whole is $5.4 billion, and during the last fiscal year set a record-breaking $1 billion in new issuance for the region. Projects MIGA has supported in both countries are expected to generate 752 GWh of electricity annually, deliver 40,000 m3 of water, generate $73.4 million annually in government revenues, and support the creation of approximately 1,780 direct jobs.